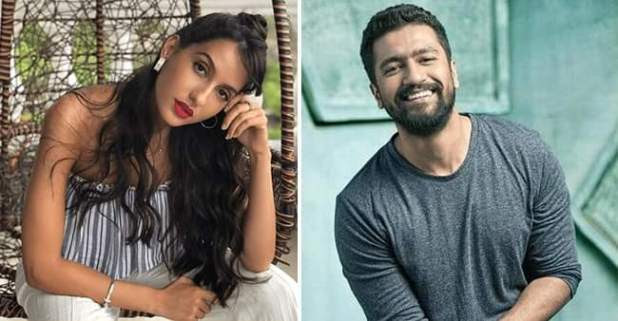 The beauty who is known for her impressive dancing skills, Nora Fatehi, has featured in several Bollywood dance numbers including Dilbar, the record-breaking chartbuster. Her fans have been eagerly waiting to see her new work and it’s finally happening. The more exciting thing is that Nora will share the screen space with Bollywood heartthrob Vicky Kaushal.

As both, Nora and Vicky are incredible performers, the duo won’t dance in the song. But Interestingly, they have been paired opposite each other as husband and wife.

Through an official statement, Nora announced her new song and shared that it’s different from what she’s done in the past. “The song came to me after Dilbar released last year and the makers had told me that they were looking for a guy to cast opposite me. The song is very different from what I have done before. It is not a dance number but a very performance-oriented song revolving around a married couple and what happens between them. I won’t be dancing in this one” Her statement reads.

Through Roar: Tigers of the Sundarbans, Nora made her Bollywood debut in 2014. She has also done some Telugu and Tamil movies. In Bollywood, we have seen in her in songs like Manohari from the movie Baahubali: The Beginning. She has also graced the screen in songs like Kamariya from Stree and Dibar from Satyamev Jayate. The actress also collaborated with Raftaar for song Baby Marvake Maanegi.