Television Celebrities Tied The Knot After Participating In Nach Baliye 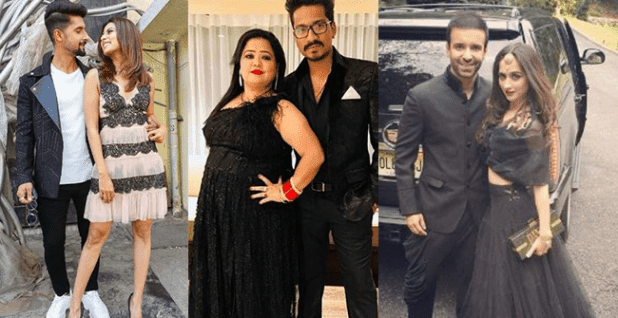 The celebrity dance reality show Nach Baliye is all set with its season 9. This season, we will see ex-couples shaking a leg with each other. It will definitely overload with lots of drama. It is not new that several couples break their relationship up after the show and after last season too it happened but there are a few couples who managed to take their relationship to the next level.

So, let’s know TV celebrities who tied the knot after the show:

They are one of the perfect couples of Tele world and have proved it many times. They have showed their perfect onscreen presence in shows like 12/24 Karol Bagh and Teri Meri Love Stories. They met on the sets of 12/24 Karol Bagh and love took place between them. Then, they appeared in Nach Baliye season 5 where Ravi proposed Sargun with a solitaire ring. The duo then tied the knot on December 7, 2013.

One of the best comedians of country, Bharti Singh met Haarsh on the sets of Comedy Circus where Haarsh was the scriptwriter. They dated for seven long years. Then, they participated in the eighth season of Nach Baliye and later tied the knot in December 2017.

Aamir Ali and Sanjeeda Sheikh were good friends before they fell in love for each other. Then, they took part in the third season of Nach Baliye and tied the knot in the year 2012 after a courtship period of six years.

Dipika and Shoaib are one of the most cute couple of television industry. They met on the sets of Sasuraal SimarKa and fell in love. The duo participated in the eighth season of Nach Baliye and proposed her there. They tied the knot on Feburary 22, 2018.

Aashka Goradia and her businessman boyfriend Brent Goble participated in the eighth season of Nach Baliye and tied the knot after the show in the month of December. Reportedly, Aashka’s American boyfriend went down on his knees and proposed her on Christmas. Aaskha once said, “I am on cloud nine! The feeling is yet to settle in. Brent has made me believe that love and companionship exist and one should never give up hope. I am looking forward to a future, which is filled with happiness and togetherness with him.”

Mazhar Sayyed and Mouli Ganguly met on the sets of Kaahin Kissii Roz. The duo participated in the fourth season of Nach Baliye and then tied the knot after courtship of seven years.

Indraneil Sengupta and Barkha Bisht met on the sets of PyaarKe Do Naam; Ek Radha Ek Shyam and fell in love. They took part in the third season of Nach Baliye in 2007 and got married in the month of March.

Parag Tyagi and Shefali Zariwala took part in the fifth season of the show. Then they decided to get married and tied the knot on August 12, 2014. Once Parag had said, “I like everything about her. She is concerned about the minutest details in my life whether it is my health, my food, my look…”