‘Sky is Pink’: Farhan Akhtar while again working with Priyanka Chopra says – “we are friends who are teaming up” 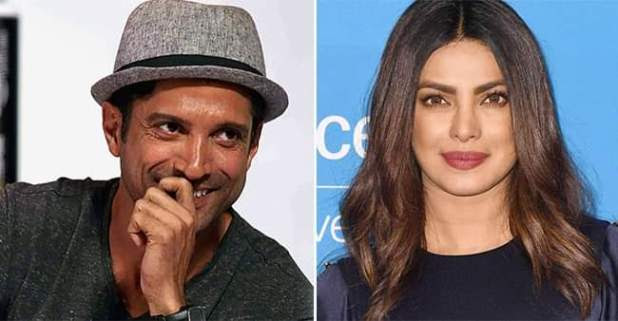 ‘Sky is Pink’ has drawn a lot of attention on social media as it is Farhan Akhtar and Priyanka Chopra starrer film. The fans are excited to see the come back of Priyanka Chopra in a Bollywood film. Recently in an interview, actor Farah Akhtar spoke about his experience on the sets of The Sky is Pink and how excited he is to reunite with his Dil Dhadakne Do co-star.

The Bhaag Milkha Bhaag actor, while speaking about working once again with Priyanka, said, “Nothing has changed since the time when we were working together on Don, 2006. I don’t think she ever felt I was the producer. We were friends. When working on The Sky is Pink, it’s the same feeling, that we are friends who are teaming up”.

Priyanka is someone who has constantly grown from strength to strength and has reinvented herself, the actor later added that. He also expressed his love for Priyanka by saying, “more power to her and I hope her career just keeps growing. She is very focused and committed to her work. That will always hold her in good stead”.

The movie is being co-produced by  Siddharth Roy Kapur, Ronnie Screwvala and Chopra under the banner of RSVP Movies, Roy Kapur Films and Purple Pebble Pictures respectively.

The most interesting thing is to see how marvellous actors like Farhan Akhtar and Priyanka Chopra will bring Aisha’s story on the big screen. The Sky is Pink will be released on 11th October 2019.