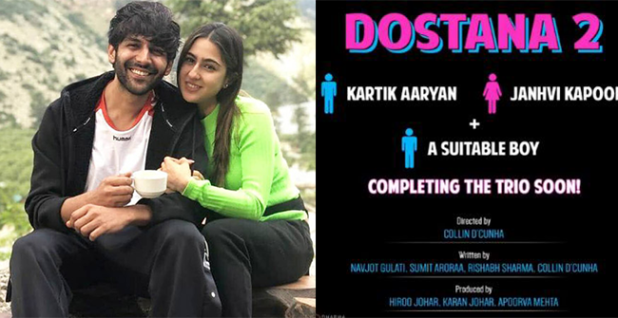 Karan Johar recently made an official announcement regarding the franchise of Dostana with the young actors. Luka Chuppi fame Kartik Aaryan and Dhadak fame Janhvi Kapoor will play lead roles in the film Dostana 2. The filmmakers are yet to reveal the complete cast and crew information of this film.

Soon, Kartik took his official Instagram account to share this big news with his fans and followers. He added a poster of this film and captioned it as ‘Maa Da Laadla Bigadne Wala Hai DOSTANA Can’t wait to take this franchise forward with my partners in crime @janhvikapoor @collindcunha & d third suitable boy #Dostana2 @karanjohar @apoorva1972 @dharmamovies.’

After making an official announcement on Instagram, the actor received innumerable congratulatory messages from his fans, industry people and friends. Among all the messages, one comment from Sara Ali Khan grabbed the attention of the Netizens. Sara has a crush on Kartik Aaryan and she is currently working with him for her next film.

Even her comment also acquired more than 9000 likes from the fans. Soon, Kartik Aaryan reacted to her comment and added a heart emoticon by tagging her. It’s truly an adorable conversation between the two actors on Instagram. Kartik and Sara are currently working for their next film under the direction of Imtiaz Ali. This film is yet to be titled and however, the reports say that it’s a sequel to Love Aaj Kal. 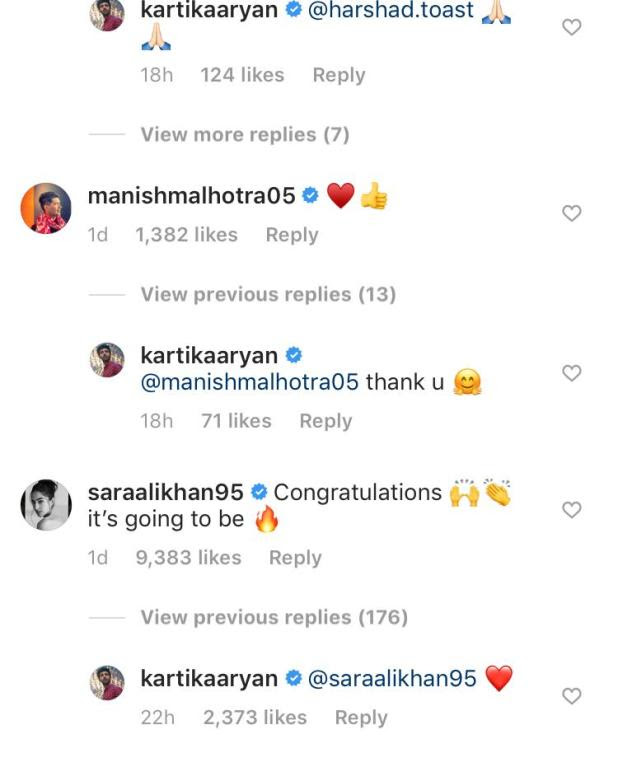 The actress never hides from expressing her praise for Kartik. During some chat shows or interviews, Sara often admires Luka Chuppi actor. During an event, Ranveer Singh tried to play cupid for the two actors and the outcome was truly a cute video that turned a visual feast for the fans.