Rashmika Mandanna Is Full Of Life On Her Vacation Time, Shares Pictures On Instagram 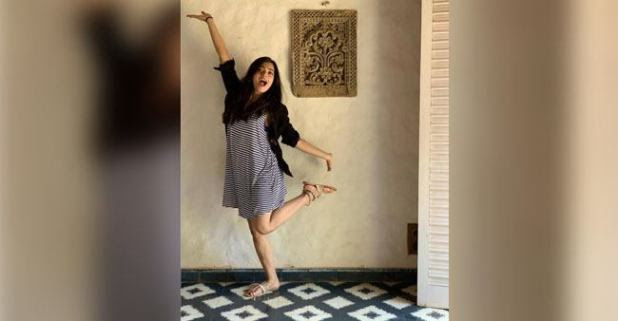 In a short period, Kannada film actress beautiful Rashmika Mandanna has made a name of her own in the film industry. From her debut film Kirik Party in 2016, her on-screen presence is powerful. Though, she started been getting noticed from her debut film but she earned wide recognition with the rom-com film Geetha Govindam opposite Vijay Deverakonda. It was a Telugu movie and it made many records.

The film Geetha Govindam which gave the actress more fame also became one of the all-time highest profit earners in the Telugu cinema. And now, Rashmika is looking forward for her second film with the Arjun Reddy star. She will be seen opposite Vijay Deverakonda in their upcoming film Dear Comrade. The film will release on July 26 in all the South Indian languages. Before indulging into the promotional spree of the film, Rashmika has taken some time from her busy schedule and is enjoying her holiday to the fullest. Rashmika updates her social media account of Instagram with the latest photos from the holiday.

The pictures are proving that she is in full-of-life mood these days. Her co-staron Vijay Deverakonda is also on vacation spree with his parents and sisters in France. Rashmika Mandanna keeps updating her fans with her new pictures.

Apart from this film, Rashmika has Mahesh Babu starrer Sarileru Neekevvaru in her kitty. This film will be directed by Anil Ravipudi. Mahesh Babu will be seen playing an army officer in the film and apparently,  he helps the family of his friend who works in the military. The story of the film is said to be similar to the lines of Venkatesh’s Varasuduvachhadu and Mahesh Babu’s Athadu. The actress is very excited about being paired opposite superstar. She showed her excitement in the tweet, “Ahhh.. finally.! I know a lot of you have been asking me about this-YES! I am part of this wonderful team and I am super kicked about it. Super excited to be working with @AnilRavipudi @urstrulyMahesh @SVC_official @GMBents @AnilSunkara1 @ThisIsDSP.”