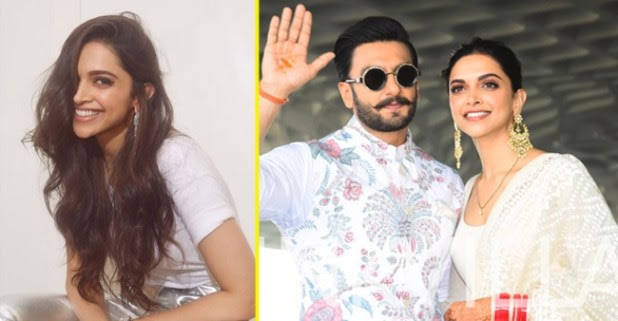 Deepika Padukone, the beautiful diva in Bollywood often raises the temperatures among the Netizens with her ravishing pictures on her official Instagram account. Not just the fans but his loving husband Ranveer Singh also crushes over his wife Deepika Padukone often whenever she posts her pictures on Instagram. This couple has impressed everyone with their beautiful on-screen chemistry in the films Bajirao Mastani, Padmaavat, and Goliyon Ki Rasleela Ram-Leela.

Even after marriage, the love and affection among one another haven’t lessened down instead became much stronger. It’s been 7 months since the couple tied a knot together. It seems Ranveer Singh couldn’t control himself from praising and admiring his lady love quite often through his comments. Here are the best comments that Ranveer Singh made on his loving wife’s posts. Have a glimpse!

While the actress was posed as if she was walking in that outfit, he wrote, ‘Taught her well! Whaat-ay good Sindhi Bahu.’ During the Grazia Millennial Awards function, the actress wore a fantastic green outfit and posted the same on her Instagram account. Ranveer Singh commented on the photo that reads, ‘Shuddh desi caption’. Even, Deepika replied to the comment and wrote, ‘more like Shuddh desi dil.’ Ranveer was quite naughty and replied ‘I’ve been told to eat my greens’. on his wife’s photo.