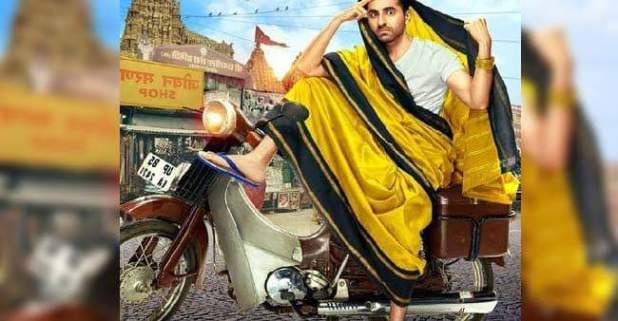 These days, Ayushmann Khurrana is busy with the promotions of Anubhav Sinha’s Article 15. After then, he will be seen in the movie Dream Girl. Ayushmann​​ is one of the most sought-after actors of the industry, having delivered a series of box office hits such as Badhaai Ho, Andhadhun, Shubh Mangal Saavdhan, and others. While he kick-started his Bollywood dream with Shoojit Sircar’s Vicky Donor, there has been no looking back for the actor, thanks to his acting prowess and of course, good looks. Post Article 15, Ayushmann Khurrana will be seen in films such as Dream Girl, Gulabo Sitabo, Bala, Shubh Mangal Saavdhan Phir Se and others.

Director Raaj Shaandilya, who is helming Dream Girl, only took 15 minutes to convince Ayushmann to sign the film. Dream Girl is set to feature Ayushmann and Nushrat Bharucha in pivotal roles and according to a report, Raaj convinced Ayushmann for the role in just ten minutes.  “After the success of Andhadhun and Badhaai Ho, Ayushmann Khurrana is one of the busiest actors in Bollywood. Producers are lining up for signing him. But when Raaj approached him, he immediately agreed for the film. He just went through the script for ten minutes and said yes. Raaj is a brilliant writer and his comic timing is amazing.

About Dream Girl – It is a comedy drama and Ayushmann, in the film, will play the role of a small town boy with an amazing ability to speak in a female voice. The movie is slated to hit the screens on September 13, 2019. Just now, the makers of Article 15 has dropped the first song titled Shuru Karein Kya and it is an angry rap echoing a voice to take a stand against discrimination. It is composed by Devin “DLP” Parker and Ginger, the ‘angry rap’ is sung by SlowCheeta, Dee MC, Kaam Bhaari and Spitfire.