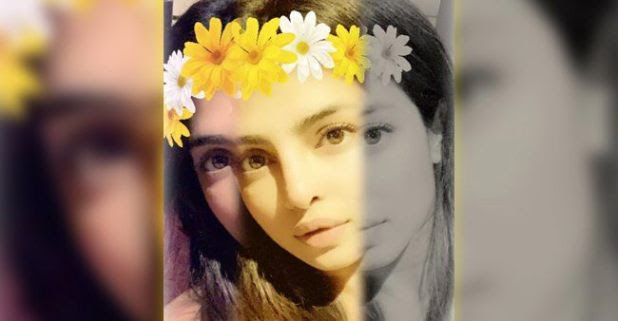 It’s been a few days since the actress made her presence at the wrap-up party of The Sky is Pink film. Later, Priyanka shared a picture of her selfie featuring a flower crown on her head. Priyanka Chopra shared her beautiful picture on her official Instagram account with her fans and followers. In the wrap-up party, the actress wore an all-white ensemble with plunging neckline.

To the event, several celebs have attended that include Farhan Akhtar, Zaira Wasim, and others. Soon, the actress shared her selfie picture alongside her besties on Instagram. From the picture, we can witness PeeCee with a flower tiara. After looking at the picture, we surely remember the princesses from different animated pictures having tiaras.

In the popular animated film Tangled, we can see the lead actress having flower braided hair. Priyanka added her selfie picture with a flower filter. She placed the flower filter as a crown on her head. The flower filter comes in yellow and white colors. She even added different shades to her face. We can see a 3-faced actress in a variety of shades.

From the picture, we can find the actress had no make-up. She just left her hair open for the picture. We are surely in love with the de-glamorous look of Priyanka Chopra. As of now, the actress is quite busy shuttling between the US, India, and UK. She has been busy with her hectic schedule since her marriage with Nick Jonas. Recently, she wrapped up the shooting of her upcoming film The Sky is Pink under the direction of Shonali Bose.

After the wrap-up, she took her Instagram account and wrote a heartfelt message to the cast and crew of the film. She wrote, ‘This movie is special to me on so many levels. Not just because @roykapurfilms and @rsvpmovies (Sid and Ronnie) partnered with me on my first Hindi production.. but also took the chance on me to bring to life a character and a true story that needed to be told.’ She further added, ‘Thank you @shonalibose_ for your incredibly unique vision. I’m so proud of your faith in me.’