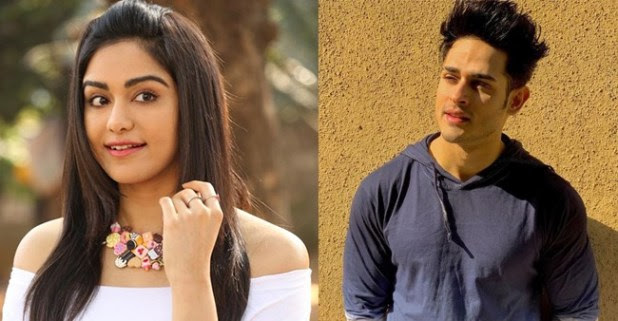 Actress Adah Sharma is all set to be appeared in a web series titled ‘The Holiday’. The web series will telecast on The Zoom Studios. In the series, Big Boss fame actor Priyank Sharma will be seen alongside the actress. Confirming his role in the series, the actor said, “I’m super excited to join this show. I have seen The Zoom Studios’ previous series and what’s fascinating is that they create real-life narratives.”

“The Holiday is a montage of epic adventures, misadventures that follows when best friends come together for a crazy ride. The story is full of fun and entertainment and one that will resonate with people,” Priyank who was seen in the video song ‘Tere Buzz’ added.

The schedule of the series is fixed in Mauritius and the cast of the show will be flying there soon. It will be a three-week schedule.

Priyank added, “I am a total water baby and I am pretty kicked that Mauritius is our shoot location. It’s a fab destination and this holiday couldn’t be any better. It’s truly going to be one epic adventure.” Also, for the series, MTV Splitsvilla participant took a new look. He further said, “I have no qualms in experimenting with my looks. It’s a look I have never donned before, so I am very excited about it.”

The web series starring Priyank and Adah Holiday is expected to go on air by the end of July.

Also, Adah posted on Instagram: I make my web series debut in a project titled “THE HOLIDAY” it’s about this girl who goes on a crazy holiday with 3 of her guy friends (not boy friends – friends who are boys !!) and I can’t reveal anymore but U guys are going to be shocked when u know what the series is about! It’s mad ! It’s fun !A little too much fun ! Wink wink

She also shared a picture with caption: “HELLO” girls and boys and GIRLS !! (coz this post is mostly for the ladies) ! It’s awesome that you all on @instagram support me and our Indian media gives me lotttts of love. it is encouraging when my fashion choices are supported ! But i honestly choose to wear what i want for me. I wear what makes me happy inspite/despite what someone else thinks of it. FASHION is supposed to be FUN yaaa !!! . Have the COURAGE to do something DIFFERENT. Have the courage to ACCEPT someone elses differences. Girls, SUPPORT other girls ! There are enough men who don’t anyway(men we love you…this is only for those men, u know who you are) ! As women stop BODY SHAMING other women,calling them UGLY, SLUTTY , FAT. Grant yourself permission to wear what you like and don’t decide your worth on the basis of the price tag someone else sticks on you.