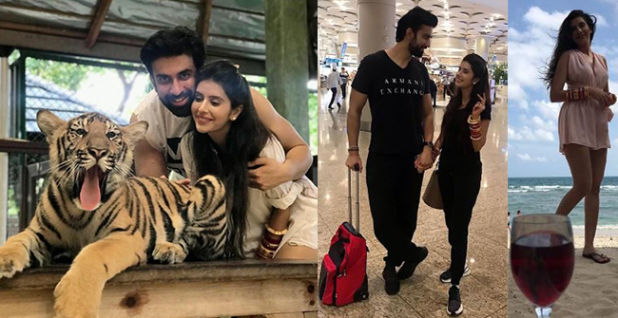 Rajeev Sen, actress Sushmita Sen’s brother recently tied the nuptial knot with girlfriend Charu Asopa. Charu Asopa is a television actress.They tied the nuptial knot in a private affair in Goa, it was a grand though. Along with their friends and family, the love birds – Rajeev and Charu, shared pictures from the beautiful ceremony on social media and their followers are now just wishing that it would be great, if they were also invited to attend the same event. Soon after their wedding, there was a buzz that the newlyweds will soon be travelling to Europe for their honeymoon trip.

Rajeev Sen and Charu Asopa recently held a live chat, in which they shared details of their honeymoon. “We had a beautiful wedding and enjoyed all the functions. About our honeymoon, we have a lot of work commitments before we fly out in mid-July. But before that, we will take a short break and visit the Far East, come back and complete out shoots. We can’t reveal much about the Europe vacation”, the newly wedded duo said.

The couple is currently in Thailand and enjoying a romantic getaway, a pre honeymoon, before they fly away to Europe. Rajeev and Charu, while sharing some adorable pictures from the trip, can be seen getting cosy. It is now known that they are clearly very much in love. In some of the pictures, the love birds are posing next to tigers in a wildlife park in Thailand. “In love with the tiger #rajakibittu #prehoneymoon”, the caption of the photos reads.