Netizens were not happy with Mouni Roy’s look at ‘Bharat’ premiere,even called her ‘the next Rakhi Sawant’. 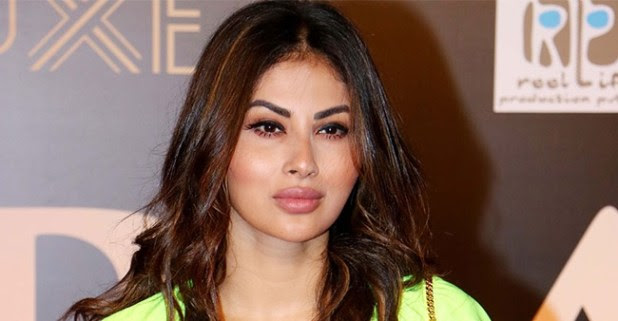 Salman khan hosted a special screening of his film Bharat for his industry mates. Many celebrities marked their presence in the premiere. One such celeb was Mouni Roy, but the difference was she was not much liked for her unusual look at the screening. Mouni Roy has undergone multiple plastic surgeries and her recent surgery that pumped up her lips looked wired on her. She tried to look all funky with a black short dress accompanied by a neon jacket and paired with black sneakers and a sling bag but what grabbed eyeballs was her fuller lips.

Some netizens even compared her with Rakhi Sawant and Michael Jackson and said she is on the verge of becoming next Rakhi Sawant. An instagram user commented on her look saying, “What happened to her face.. makeup such thick lips don’t suit her at all.. she looks good with simple looks.!”

Other celebs who attended the grand premiere were Tiger Shroff, Neha Dhupia,Karan Johar, Ananya Pandey, Sunny Leone, Janhvi Kapoor and tabu and many others.

This is not the first time when Mouni is getting trolled for her plastic surgeries.Earlier too she was trolled for the same but she snapped back and said, “Were you there? Who are the people who were there who saw that?”.

On the work front, Mouni was last seen in ‘Gold’ opposite Akshay Kumar and ‘Romeo Akbar Walter’ starring John Abraham. She will next be seen in ‘Made in China’ which star casts Rajkumar Rao and Boman Irani. The movie will hit the silver screens on August 30 2019.