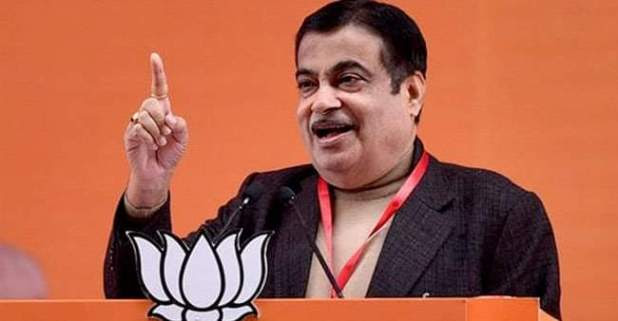 The Modi’s new Cabinet 2.0 has been announced on 30th May 2019 and Nitin Gadkari has again been given the charge of the Ministry of Road Transport and Highways. Gadkari has earlier served as the President of the Bharatiya Janata Party from 2010-2013. He constructed a series of roads, highways and flyovers across the state of Maharashtra during his tenure as a Public Works Department Minister including the Mumbai-Pune Expressway, India’s first six-lane concrete, high-speed, access controlled tolled expressway.

Gadkari recently said that, for the next one-and-a-half years,he has set a new target of laying Forty kilometers of road everyday over. As per the previous figures, Twenty Six Kilometer roads have been builded everyday under the supervision of Gadkari.

Nitin Gadkari said, “I got an opportunity to work on road transport…this time, I have decided to plant 125 crore trees, as much as the country’s population, along the roads in the next five years”.  “I am thinking to work on creating roadside amenities in a big way and Two Thousand such amenities would be set up. Work has started on the Mumbai-Delhi Expressway and Twelve other expressway projects will be completed in next three months” He further said.

“I will work with my full strength on this factor,” he further added. The minister also said that he has decided to create roadside amenities across the country.

Nitin Gadkari, Road Transport and Highways minister was speaking to reporters at his residence. On his new responsibility of the MSME Ministry, that is micro small & medium industry ministry, he said, “This portfolio is associated with the most important issue – the country’s growth rate and employment potential. And it is the Prime Minister’s expectation that employment should increase from this sector, which is very low now and there should be creation of employment”