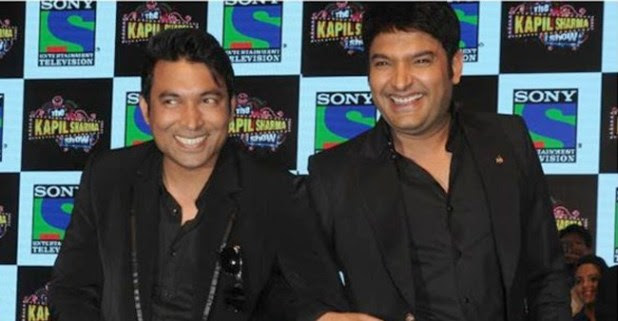 Kapil Sharma, the ace comedian recently shocked looking at the exceptional avatar of Chandan Prabhakar on the popular Kapil Sharma Show. In the latest comedy show, Chandan donned the role of a woman. The show is gaining immense TRP charts with fresh episodes and unique content. There are several Bollywood celebs who made their presence on the show for their film promotions. In recent times, Shahid Kapoor and Kiara Advani graced the show for their upcoming Kabir Singh film promotions.

Earlier, The Kapil Sharma Show finished 50 episodes and the entire cast of the show celebrated the occasion by cutting the cake. The official Twitter handle of Sony TV added a video of Chandan playing the role of his mother. The Twitter page captioned it as ‘The mother of all laughter riots is here! How will Kapil deal with Chandu’s Mother? Be sure you don’t miss #TheKapilSharmaShow, Sat-Sun at 9:30 PM.KapilSharmaK9 kikusharda haanjichandan Krushna_KAS bharti_lalli sumona24 RochelleMRao trulyedward banijayasia apshaha.’