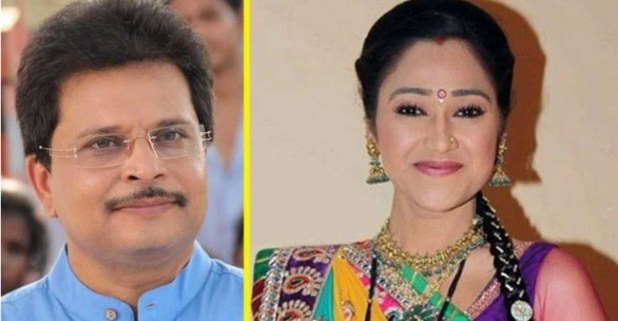 The popular daily soap ‘Taarak Mehta Ka Ooltah Chashmah’ stood in the top in terms of TRP’s for the longest time and is still making all its viewers go crazy about it.  There are many speculations doing rounds in the tele industry about the return of the female lead of the soap, Dayaben aka Disha Vakani.  All the fans of the show are eagerly waiting for her return to the show.

Recently it came to our notice that Disha may not return to the show anymore.  Yes!  You read it right.  Disha Vakani might not return to the soap in the future according to the reports received from the close sources.  Many talks took place between the two parties, but nothing positive happened as per the reports.

For who’ve come new, Disha took a break from the show for her maternity. It was shown in the show that she left to her Mika.  While all her fans are awaiting her return, the news that she will not return to the show anymore came as a shock.

At one point of time the makers started searching for a new replacement for Dayaben’s character.  At that time fans expected that Disha would return to the show, but she didn’t.  At that time Disha shared a video clip from the show which gave hope to her fans about her return.

According to a report from leading digital portal, it is said that the production house of the show and Disha has not come to an agreement.  It means that Disha returning to the show is just a dream that will never come true.  A new artist will be roped in for the role of Dayaben.

It is heard that ‘Papad Pol’ actress Ami Trivedi will be roped in for the popular role of Dayaben.  However, she denied the news that the makers of the show approached her.  Coming to Disha, there is no official announcement from her side about her official quitting from the show.  She is yet to respond regarding this matter.