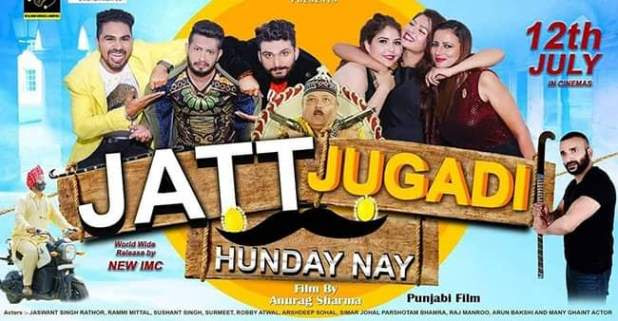 There’s a little bit of Punjab in every Bollywood film, be it the songs, the wedding scenes or the lingo. While many Punjabi idioms has thrived in Hindi cinema, the Punjabi film industry languished for years. And to overcome this, in the past few years, there have been made some visible efforts by New Age filmmakers like Manjit Singh, who is ready with his new film ‘Jatt Jugaadi Hundey Ne’.

This is the story of three youngsters who are college students. They leave as paying guests and belong to middle class families. In the story, they are struggling over a scooter & doing many makeshifts to live. They all think that they can become rich by taking shortcuts & have money as much as they want and in this way they keep doing the makeshift things. They fall in love too, despite of living this kind of life. One day, their makeshifts result in something very bad and they fall into a trap of a yob. They make every effort possible to come out of it. And somehow, they become successful to come out of the trap & realize that without efforts they cannot get anything worthy, not even a single penny.