From Shilpa Shetty To Shahid Kapoor, Stars Caught In Their Awkward Photos 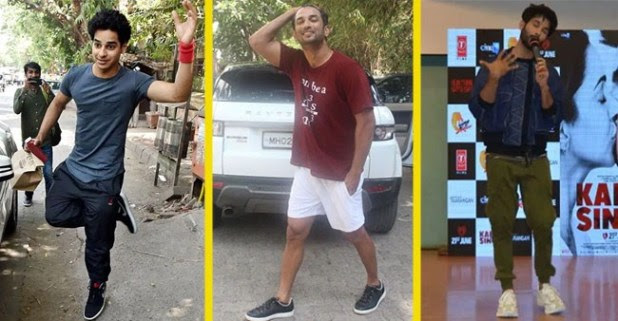 Bollywood celebrities are always ready to pose for the shutterbugs. Whenever they step out, cameras follow them and try to capture them in their best pose. But, sometimes these

celebrities get caught at not their very best. Today, we have come through the pictures of a few celebrities like Kartik Aaryan, Ishaan Khatter, Shahid Kapoor, Sushant Singh Rajput and Shilpa Shetty who have photographed in their awkward poses.

Indeed funny! One of the hottest actresses of Bollywood who is an inspiration to stay fit always step out giving a perfect

style statements. Her hour-glass figure always makes her fans go on their knees. The actress also has a funny side which we see in her Instagram videos. Her Sunday binge videos are things to watch. Once, the actress was snapped shooting for a project and camera person caught her in a funny pose. Sensation of younger generation, Kartik Aaryan seems camera-ready at all the time. There are barely any time when he is caught in giving odd postures. But, lately the Love Aaj Kal 2 actor too was captured in an awkward photo. He was spotted outside the gym studio in suburbs and looked not happy about the scorching heat of Mumbai. He was captured pulling his ganji up to avoid the sweating. 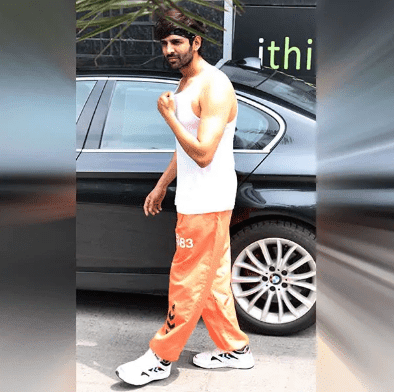 The actor is gearing up for the release of his upcoming film with Kiara Advani titled Kabir Singh. So, he and Kiara are currently on the promotional spree. The actors have launched a song in a reputed college in the city. At the time of iinteractiomwith the students there, Shahid was photographed in a very awkward pose. After Shahid, let’s talk about his brother Ishaan. The Dhadak actors is often spotted in and about the city and once he was clicked when he turned goofy for shutterbugs. The actor is currently busy in the shooting of two films Chhichore and Dil Bechara. Recently, he was spotted at a dubbing studio in the city. He was spotted in a maroon tee and white shorts and when he was pulling some of his hair back, the paps clicked him and it looked little awkward.