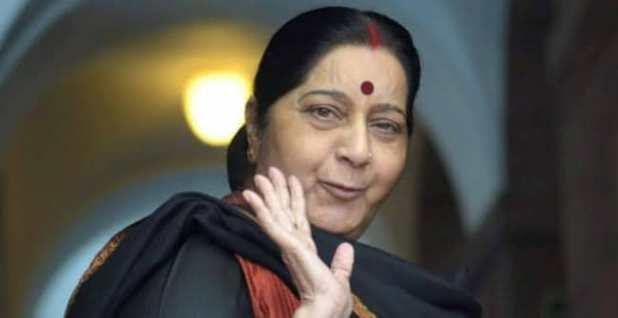 Sushma Swaraj, the former external affairs minister recently made an official tweet from her Twitter account. She informed that she has moved out of her official residence in Delhi. From the latest tweet, we can witness Swaraj writing, ‘I have moved out of my official residence 8, Safdarjung Lane, New Delhi. Please note that I am not contactable on the earlier address and phone numbers.

I have moved out of my official residence 8, Safdarjung Lane, New Delhi. Please note that I am not contactable on the earlier address and phone numbers.

Later, Harsh Vardhan, the Union Minister of Health and Family Welfare deleted his tweet. Due to some of her health issues, Sushma Swaraj couldn’t participate in the Lok Sabha Elections 2019. In the first term of Narendra Modi Government in the year 2014, Sushma Swaraj was appointed as the External Affairs Minister. Now, the former foreign secretary S Jaishankar is carrying out the portfolio.

During her period of time, the Bharatiya Janata Party leader was truly active and popular on her official Twitter handle. For reaching out to the Indian migration in distress, she was active on her micro-blogging website. Even, there were several users on Twitter who loved her witty and humorous replies.

For setting an example for the remaining politicians, several Twitterati has applauded her. Some of the tweets include:

We will miss your charismatic presence in the Government. Best of health and luck to the most dynamic woman politician of the country.

This is the beauty of working sincerely. When others hold on to their allotted bungalows even after not being in office, Here is a Minister who did Her job superbly well. Will miss you, Ma’am.