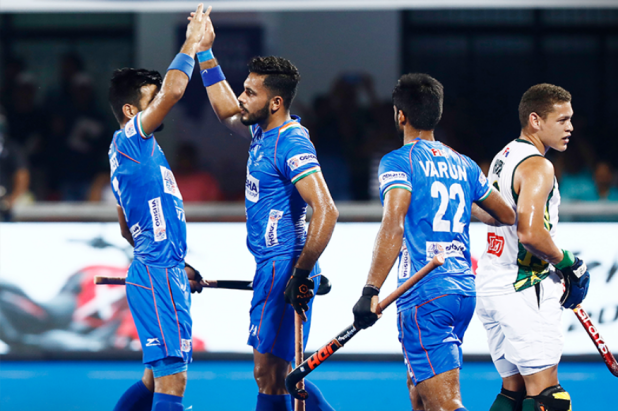 Proud Moment for every Indian. As everyone is busy in cricket world cup everyone failed to notice  India remained unbeaten in the FIH Series Finals. India has won the points that can keep it in the top five of the FIH World Rankings,which is likely to be updated in September. 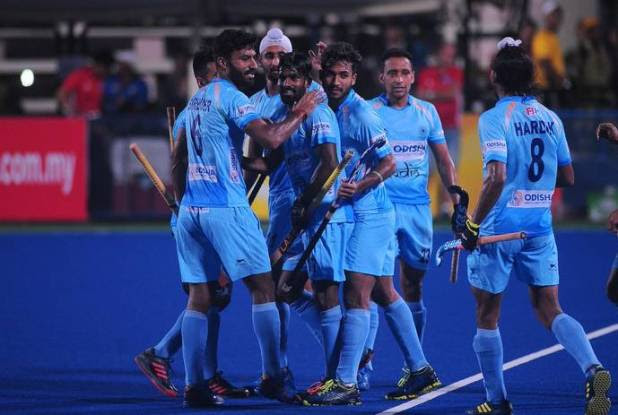 India is now champion of the 2019 FIH Series Finals, Bhubaneswar. It is one of the best performance shown by home team in the tournament. As Varun Kumar and Harmanpreet Singh stuck a brace each along with Vivek Prasad scoring one too, India won the gold medal.

India secured their first penalty corner as early as in the second minute and Varun made no mistake in converting the opportunity into goal. Five minutes from half time, India were awarded a penalty stroke when Birendra Lakra was stick-checked inside South Africa’s ‘D’ by Jethro Eustice and Harmanpreet made no mistake to make the scoreline 3-0.

Five minutes into the third quarter, India extended their lead when Vivek Sagar Prasad scored from close range after being set up by Simranjeet Singh. India kept up the pressure and earned their fourth penalty corner in the 49th minute and Varun scored from a variation to make the scoreline 5-0 in the home team’s favor. South Africa too got a last chance to pull another goal back in the form of their third penalty corner but to no effect.