Check out the most beautiful life partners, lady loves of Indian cricketers 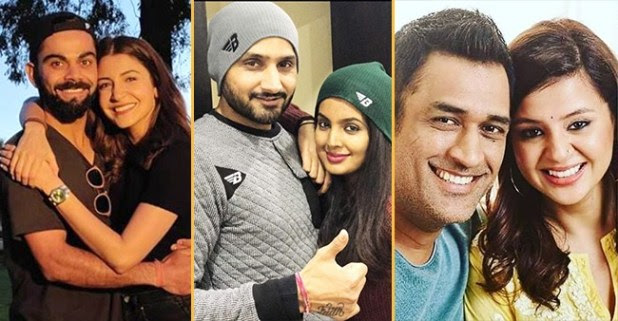 The Indian cricketers are not only good in showcasing brilliance on field, however the ‘men in blue’ have the superb style off field to turn females go weak on their knees.

Anushka Sharma: This well known Bollywood diva turned out to be Mrs Kohli in a hush-hush marriage in Tuscany, Italy. The two stars got married on December 11, 2017.

Geeta Basra: This model-turned-actress has worked in some Hindi flicks. The pair had quite a prolific marriage accompanied by an equally impressive marriage reception on November 1, 2015 and of course, the lady allured one and all with her graceful style.

Hazel Keech: The super cool lady, who is acknowledged for her foreign appearances, had already won many hearts with her super hit item number ‘Aa Ante Amalapuram’. The world class cricketer Yuvraj Singh and the Bollywood diva got amrried on November 30, 2016.

Ritika Sajdeh: The dazzling Ritika Sajdeh, was Rohit Sharma’s sports manager for a period 6 years and the two fell in love. This stylish girl since then has caught the eye of the media with her cute face and quirky appeal. The pair tied the nuptial knot during December 2015.

Natasha Jain Gambir: Gautam and Natasha are childhood pals, and the two hot married in October 2011. Unlike her rather introverted companion, Mrs Gambhir is said to be quite friendly. Her flawless exquisiteness and elegant style effortlessly won her a place in our list. And, certainly, the two make a sincerely delightful pair.