Bollywood Actors Give Their Voices To Songs Of Other Languages 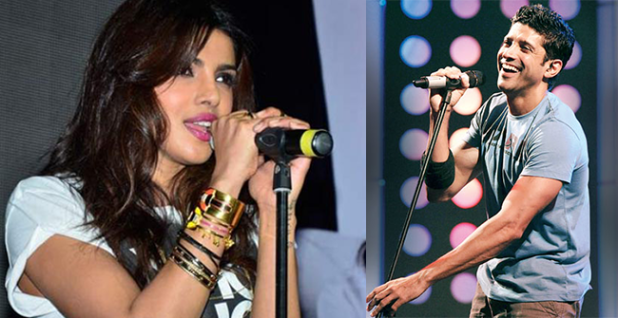 June 21 is not only marked as International Yoga Day but also World Music Day. It was initially called Fête de la Musique or the Festival of Music which observed its origin in France in the year 1982. It celebrates the contribution of music in our everyday life. The festival also commemorates music makers for their efforts and devotions. Well, we see a few Bollywood actors crooning their voice to the Hindi songs but not many know that these actors have given their voices to the other language songs as well.

So, let’s know who are these actors who have sung songs in languages other than Hindi:

Madhuri Dixit is not only a fantastic actress and dancer but also a singer. She has been in Bollywood for almost two decades now and was the box office queen in the ’90s. Whenever she appears on screen, she leaves an everlasting impression on the silver screen. She as a singer will make her international debut with a pop number soon. Her song will release by the end of the year and her album will have 6 songs in English having different flavors.

Bollywood actress Richa Chadha who is famous on international forums is also a trained singer. The Fukrey actress Richa Chadha made her debut as a singer by lending her voice to a Punjabi Pop song titled Gwandian. Her song was in collaboration with stars like Dr. Zeus and Zora Randhawa. The song is Richa’s first Punjabi song.

Ultra gorgeous Aditi has worked in several Bollywood as well as South movies. She gave her voice to a Tamil film titled Jail last year.

Priyanka Chopra Jonas aces many field. She is an actor, a producer, and a singer as well.After working in Bollywood for almost two decades, she has been trying her hands in various departments of film making. The actress made her singing debut with an English song titled In My City in the year 2012. The actress also lent her voice to a Marathi film Ventilator that released in the year 2016. She was the producer of this film and her song titled Baba was loved by audiences and critics also.

Farhan Akhtar is an actor, writer, filmmaker and singer. He is a multi-talented artist who made his debut as a director with Dil Chahta Hai. Then, he started trying his hands in other fields of film making. He sang for several Hindi and English, the actor has also lent his voice for a Telugu film titled Bharat Ane Nenu starring superstar Mahesh Babu.