Bharat is all set to break big screen records, declared blockbuster on Twitter 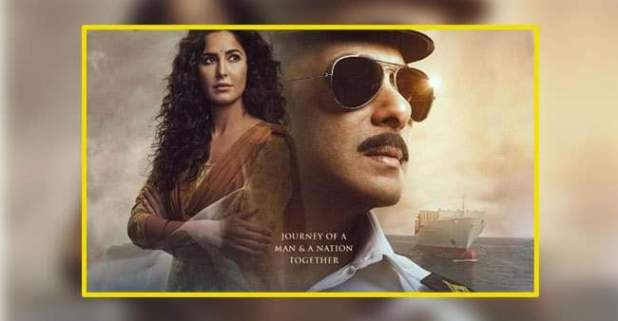 Bollywood’s Bhai Jaan, just like every year is back on the big screen with his another legendary work “Bharat” on Eid-ul-Fitr. Katrina Kaif is casted as female lead opposite to Salman Khan and this couple is again ready to break the records.

The movie is produced by   Atul Agnihotri, who was also the producer of Salman’s another blockbuster Bodyguard which came in 2011.
Movie also have India’s National crush Disha Patani, who’s in the role of an artist and circus performer and features Sunil Grover in the role of Salman’s character Bharat’s friend and colleague. In addition to these, film also stars legendary actors like Tabu, Jackie Shroff, Nora Fatehi and Asif Sheikh in supporting roles.

Ali Abbas Zafar directed period drama is an official remake of a Korean movie ‘Ode to my father’ which was directed by Yoon Je -Kyoon. Bharat will track down Bharat’s (Salman’s character)journey from his early 20s till 70s. In that journey the movie will portray the journey of India’s Independence through the eyes of a common man.

Well blend of comedy & emotion !
Goosebumps in many scenes
Sure shot blockbuster if it continues in second half too !@BeingSalmanKhan @Bharat_TheFilm

Salman is top notch. One of the best performances after #TereNaam
Kat is ravishing
Sunil – 2nd Lead extraordinary

The movie is declared blockbuster by the fans as an early trend. Taran Aadarsh, a film trade analyst gave four stars to the movie and called it “smash it”. An emotional journey that wins you over… Salman is the lifeline. He’s exceptional… Katrina excels… Ali Abbas Zafar blends humour + emotions wonderfully… Slight trimming needed… Get ready for #Salmania #BharatReview”, he wrote. Singer Palak Muchhal also took to twitter to praise the movie, she wrote A journey of a man and nation together, releases today!!! Go watch it to experience a ride of emotions, fun and laughter!”
Twitteratis can’t stop praising the movie, so if you want to make your weekend worth, you can surely go to the nearest cinema halls to go on a ride of fun, emotions and laughter.