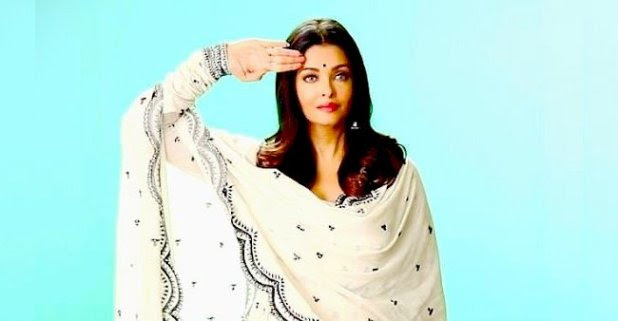 Pulwama incident back in February which killed 40 brave soldiers of India shocked the nation completely. Ter**ists att**ed a convoy of CRPF jawans travelling in Pulwama. The entire country extended their support including the film industry. Amitabh Bachchan, Ranbir Kapoor, Aamir Khan made a special video to pay their dedication to the martyrs of Pulwama. And now this row has been joined by Bachchan babu and actress Aishwarya Rai Bachchan.

Commendable work has been done by @SrBachchan, @aamir_khan and #RanbirKapoor for the tribute song #TuDeshMera dedicated to the Martyrs of Pulwama.

We would like to thank you all for showing your support towards the Martyrs. pic.twitter.com/sw6MpDP05b

The actress who was last seen in Fanney Khan has reportedly shot for a special tri*ute video just like her father-in-law Amitabh Bachchan and co-actor Ranbir Kapoor. The video which is titled ‘Tu Desh Mera’ features 14 actors. Except Aishwarya, other stars have already shot for the tri**te video. And now the actress took time off from her other commitments shot for the video. Pictures of stars Big B, Aamir Khan and Ranbir Kapoor went viral on social media earlier in which they were seen shooting for the video. The production house will release the tri**te song on July 27. Pictures of Aishwarya shooting for the video were tweeted by the Production house. It also shows the date of the release of the song made as a special tri**te to Pulwama martyrs.

Talking about the video, its a four-minute video in which the stars will be seen expressing their feelings for the soldiers who sacrificed their lives for the soldiers. The tweet reads as: We hereby Officially announce that the Tri**te Song #TuDeshMera which is a tri**te song for the Martyrs of #Pulwama for which all major Bollywood Stars have supported and are featuring in the same will be released on 27’th July 2019, which is CRPF Day.

We hereby Officially announce that the Tribute Song #TuDeshMera which is a tribute song for the Martyrs of #Pulwama for which all major Bollywood Stars have supported and are featuring in the same will be released on 27’th July 2019, CRPF Day.@crpfindia @narendramodi

Talking about the work front, Aishwarya Rai Bachchan who was last seen in Fanney Khan alongside Anil Kapoor and Rajkummar Rao will be seen in project of director Mani Ratnam. She also marked her presence in Cannes Film Festival recently. Her daughter Aaradhya Bachchan accompanied her in the film festival.