A 56-tonne Russian Bridge Disappears Leaving Everyone In Surprise 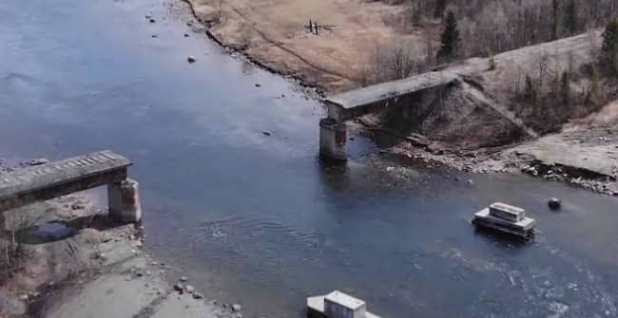 World is a strange place to live in and not only humans but nature too turns thief sometimes. People steals things but nature completely disappears. Lately, a 56-tonne bridge in Russia has been disappeared and left everyone in shocked. The officials have already started investigating the matter. This weird incident took place in Russia’s Murmansk region. The bridge is measured 75 feet in length and weighs over 50 tonnes and is made over Umba river in the Arctic region. 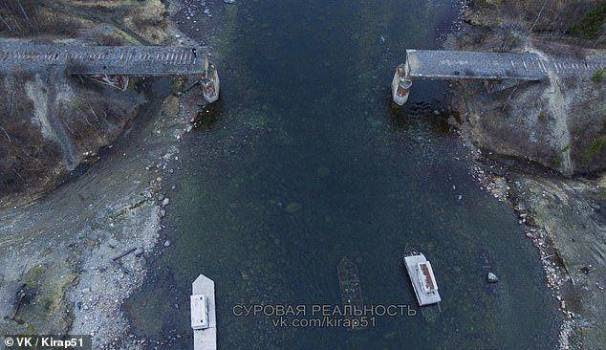 A Russian social media portal reported about the bridge’s mysterious disappearance in May. The disappearance of bridge left no trace behind. In the photos shared 10 years ago, a part of the bridge had broken down and the debris was lying in the water below. Now, there is no sign of broken bridge and even its debris in the water. The incident demanded an intense investigation. As per the report, the bridge had not sunk to the bottom of the river.

‘It was taken away by unknowns. At the bottom, too, there is no large debris. Natural phenomena could not bring down the bridge’, wrote the page. According to the locals, the bridge was torn down and then stolen by metal thieves. Kirovsk Police investigating the incident. 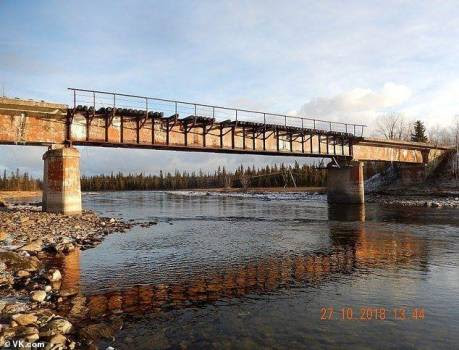 Reports hint that metalworkers pulled the structure down into the water. Then, they slowly took it apart into scrap pieces. Earlier too, metal thieves were attempts to steal transmission towers in the nearby Apatity in summer 2018 and this is the reason why everyone believes that it’s the doing of metal thieves who are damaging infrastructure in the region.

Police caught the metal thieves in 2008 when they stole an even larger 200-tonne metal bridge in a night-time raid. Kirovsk Prosecutor’s Office confirmed that they are on investigation regarding the bridge’s disappearance. Police has no idea of their identity and the way they operated the act.

As per the Police officials, the bridge belonged to a company operating in the region. The estimated material losses of about 600,000 Russian rubles.