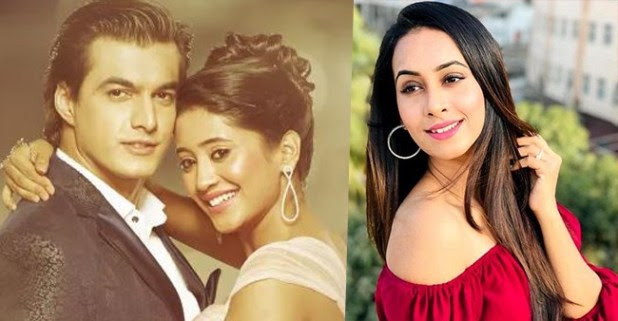 Yeh Rishta Kya Kehlata Hai is one of the oldest shows running on Star Plus. The show is produced by Director’s Kut and has become a household name over the years. The show will now have a new actor joining the cast. Fans will see the entry of Mihir’s girlfriend, Mitali, which will be portrayed by Minal Mogam.

We all know that Mihir, played by Khushwant Walia, wil be invited for lunch by the Goenka Family. Though, this will not be entertained by Kartik, played by Mohsin Khan. He will get furious and upset regarding the lunch arranged by his family for Mihir. But, things will soon get sorted when Kartik will come to know that Mihir has a girlfriend.

What interesting is that the girl will arrive straight at the Goenka house to give a sweet surprise to her boyfriend, Mihir. Yes, Mitali will meet the family members of Goenka Family. During the sequence, she will also shower praise on Naira, played by Shivangi Joshi, and also reveal that Mihir has told almost everything to her about Naira.

According to a source, “This will be an interesting sequence considering that the insecurity of Kartik has been increasing with every passing incident.”

There has no official promo or statement made regarding this incident but the sources have confirmed that this will happen soon. The entry of Mihir’s girlfriend will indeed make the show much more interesting and fans will enjoy the show a lot more. At the same time, Kartik will be relieved from tensions that he had surrounding Mihir and Naira.