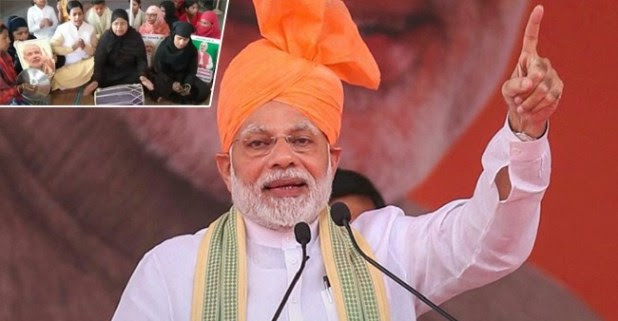 After a long wait, the day of Lok Sabha Election Results 2019 has finally arrived. As expected, Prime Minister Narendra Modi regained his power for the second term. The BJP party offices have started celebrating their success and victory across different locations in the country. 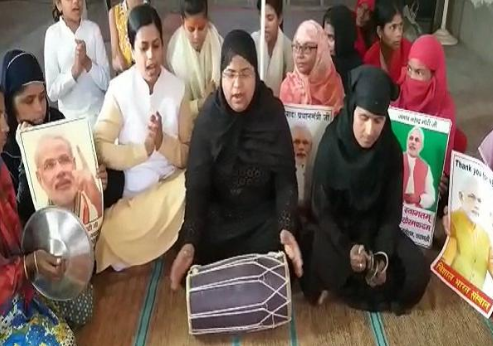 While BJP is celebrating their success, here is a woman who is admiring PM Modi for his remarkable victory in the form of a congratulatory song. Soon, this video of a woman hailing Modi and BJP went viral. However, there is no exact information about the location where the video has been uploaded.

From the video, we can witness a few women sitting on the floor alongside a few kids. They have been singing the song while a woman was seen playing Table and other instruments. Some of them were seen holding the posters of Narendra Modi in the video.

In the state of Uttar Pradesh, Bharatiya Janata Party has created a sensational victory with a clean sweep over the Congress Party. In the year 2014, Modi won 71 seats out of 80 and destroyed the remaining parties such as the Congress, the Samajwadi Party (SP) and the Bahujan Samaj Party.

This time, the history has repeated once again and we can witness the same this year in Lok Sabha Elections 2019. People trusted Modi and were impressed with the achievements that he brought to the country in his first term. Watch the video hailing BJP and Modi and drop your thoughts regarding the song and the victory of the party.