Twitter Goes Nuts With Hilarious Memes On 20 years of Sooryavansham 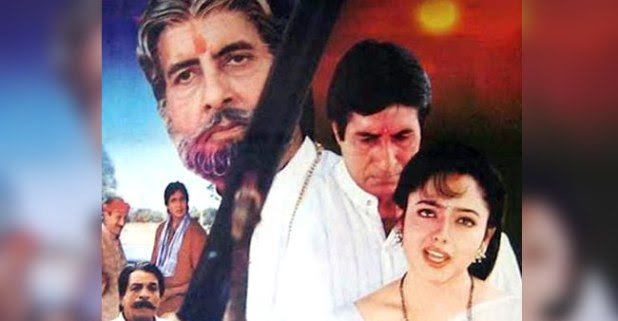 It has been 20 years since the Amitabh Bachchan starrer Sooryavansham was released. The film was a huge flop when released at the box office but has become a cult classic over the years. It is easily one of the most recognised movies, when it comes to trollers and meme creators. And now, to celebrate the 20th release anniversary of the film, Twitter has been flooded with some of the dankest memes you have ever seen.

Meanwhile, in the movies section of TataSky:

The film was a remake of Tamil movie, Suryavamsam which was directed by E. V. V. Satyanarayana. In Bollywood version, the film cast Amitabh Bachchan in dual roles of Thakur Bhanupratap Singh and Heera Thakur.

In the movie, we know that Bhanupratap and Heera don’t share a good bonding because Heera is not educated. The film takes many twists and turns and finally Heera becomes a recognizable man in the country. In the end, everything goes according to a typical Bollywood film.

On the occasion of film’s release, the Twitterverse was flooded with memes. One of the users wrote, “Finally the 2nd longest movie  #ipl come to an end …#Sooryavansham is still on the top….. Kheer kisko kisko khana hai.” Whereas, some credited Sony Max for the success of the film on television and wrote, “Sonytv aaj se tumahara naam #sooryavansham @SrBachchan  SOORYAVANSHAM : released 20 years ago on 21 May 1999 *most watched film on TV* cc: (@sonymax).”

*most watched film on TV*

The film stars Amitabh Bachchan, Soundarya, Jayasudha, Rachana Banerjee, Anupam Kher and Kader Khan in lead roles. The movie is indeed a cult classic, if we look at it today.