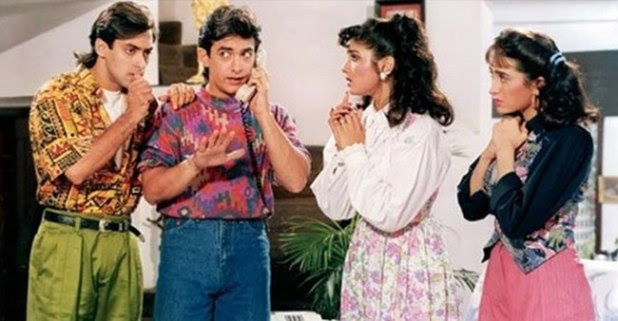 Andaz Apna Apna was one of the best Indian films released in the period of 90s. This film was the best comedy flick in Bollywood at that time. The film features Aamir Khan, Salman Khan, Raveena Tandon, Karishma Kapoor, Paresh Rawal and Shakti Kapoor in lead roles. Rajkumar Santoshi was the director of this film. Even the film couldn’t earn collections at the box office; the film has set a trademark in the industry as the best classic film for several years. 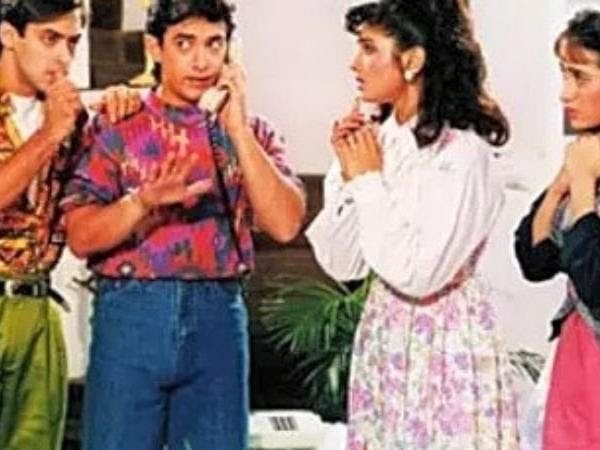 When the actors played their respective roles in the film, they won the hearts of the audience with their stunning performances. During the shoot, the cast members had some ego issues as they weren’t comfortable with each other. In the year 2014, Raveena Tandon disclosed that they had some issues and didn’t speak to each other during the film shoot.

During an interview, Raveena Tandon revealed, ‘The funniest thing was we were all very young and immature, and had our weird ego issues so most of the time all four of us were not talking to each other.’

Despite not having good terms with each other, they had to come into the friend’s zone soon after the commencement of the shoot. After wrapping up the shoot, they would burst out into laughter. They would then realize that all those issues with each other actor were just for some time.

Raveena said, ‘But whenever we had to shoot those comic scenes, we’d instantly get into the mode. And some of the dialogues were so funny that after the scene we’d all crack up, and we realized that all this fun and laughter was beyond our trivial issues!’

Speaking about the professional front, Karishma has just quit from the film industry and looking after her family. Raveena was last seen in Onir’s Shab. Aamir will play the lead role in Laal Singh Chadha and Salman is waiting for the release of the film Bharat.