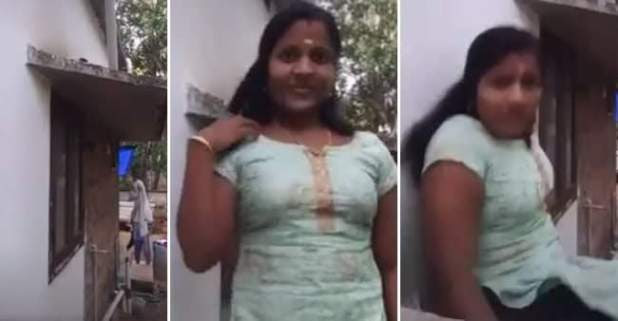 Whether you accept it or not, Tik-Tok has some of the most amazing videos that you will ever see. The platform has been under controversy ever since the app was launched. It has the power to make anyone an international sensation overnight. With millions of users and followers around the globe, the video library of the app has become one to watch.

Some of the videos are not only hilarious but relatable too. One such video is currently being distributed on several social media platforms. A Twitter handle that goes by the name of Gonzi Boy shared a hilarious video with caption, “#Tiktok #tiktokindia #tiktokfail #tiktoktelugu #telugu usshooo!”

Hahaha she was bang on beats

The video shows a Telugu woman in a saree singing ‘Padipoya’ from a Telugu film DK Bose, and at the same time, climbing the stairs. But as soon as she reached the last step and decided to sit, she tumbled down while still singing the song. The best part is that the beat drops exactly at the time of her fall. She might have fell because she did not look at the stairs properly while making the video.

Tik-Tok has been a part of controversy and Madras High Court had previously urged Supreme Court to ban the application because of the increase in pornographic content on the platform. The ban was lifted with the condition that it should not be used for content depicting nudity. Ever since the ban was lifted, people have been making more hilarious videos and we can enjoy them with ease.