This Is the Amount Akshay Kumar, Ranveer Singh And Other Stars Earn From Endorsement Deals 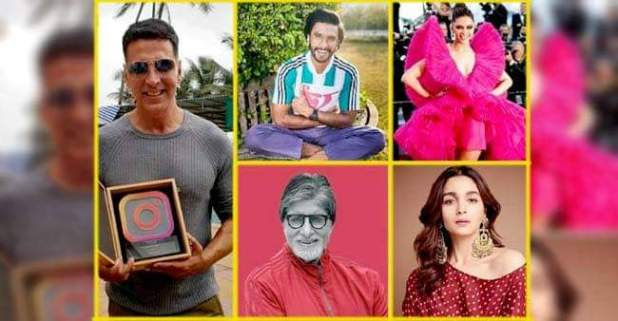 Ever thought how much are your favorite stars earning from the ad films and commercials they star in? We know you have and some of you might have even researched about it. But, if you don’t, then don’t worry because we got you covered. A recent report released by Group M’s ESP Properties called Showbiz 2.0 The Indian Superpower, reveals how much do the B-Town celebs earn from the endorsement deals. The cost of being a face of the brand is way too much and it will make your jaw drop.

Akshay Kumar is the highest earner from endorsement deals worth Rs. 100 Crore. He has dethroned even Khans when it comes to ad films. He is followed by stylish Ranveer Singh who has a brand value of Rs 84 Crore. The star is closely followed by his wife, Deepika Padukone who bags around Rs 75 Crore from the an ad film or a commercial.

Next celebrity in line is Amitabh Bachchan who earns more than Rs. 72 Crore to become face of a brand. He is followed by Alia Bhatt who charges Rs 68 crore for such deals. When it comes to Shah Rukh Khan, he is at the sixth position with Rs. 56 crore charge to become face of a brand. Varan Dhawan and Salman Khan are the two next with Rs 48 crore and Rs 40 crore to become an ambassador of a brand respectively. The ninth spot is taken by Bollywood’s Bebo, Kareen Kapoor Khan, who takes Rs 32 core per an endorsement deal. She is currently the face of many brands including Lakme, AirBnB, V.I.P, Vanesa, BBlunt.

The report also mentioned that brands now focuses on signing power couples including Raveer-Deepika and Virat-Anushka.