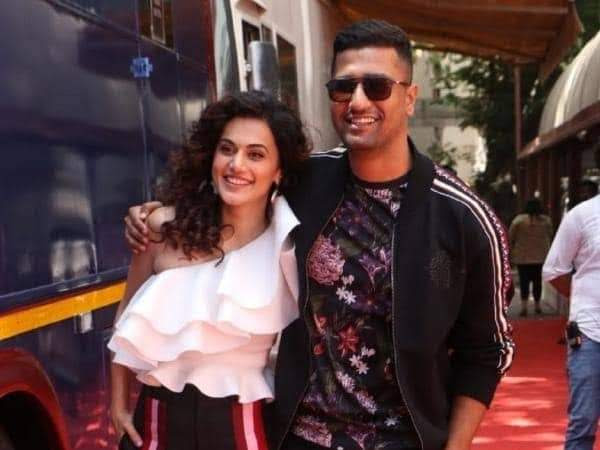 Vicky Kaushal and Taapsee Pannu are both great actors who showed their wonderful chemistry in the movie, Manmarziyaan. As in most of the cases, the actors are good friends and are often seen pulling each others’ legs offscreen. The pair is set to appear on the Colors Infinity show, BFFs, which is hosted by Neha Dhupia. During the appearance on the show, she endorsed the actor as a marriage material.

Our next episode is going to be #LUL – Loads of unfiltered laughter! Get ready to enter this crazy house with @taapsee and @vickykaushal09 on Season 3 of #BFFsWithVogue, Saturday at 9 PM!

According to a report by Mumbai Mirror, while playing a game during the show, Taapsee was asked who would she hook up, marry, and kill. To which the actress replied, hook up with Varun Dhawan, kill Abhishek Bachchan and marry Vicky Kaushal. The actress then went on to add that she doesn’t find Vicky ‘hot’ but he is a good marriage material. The report also suggested that Taapsee said, “All men are a**h*les but Vicky is the best.”

Vicky also talked about their chemistry offscreen and said that she is a great talker and he does a good job while listening. He also said that the actress is transparent when it comes to her thoughts. The whole statement read, “I was in my blue hair and she in her red hair and I don’t know for some reason we just hit off straight away. One striking thing about her personality is that she is immensely transparent as a person and she is great talker. And I am a great listener.”

The actors are currently working on their separate projects. Taapsee is set to appear in horror-thriller flick, Game Over, whereas Vicky will appear in Shoojit Sircar’s Sardar Udham Singh.