Success is not based on Degree, Aamir Khan and other Bollywood actors have proven it 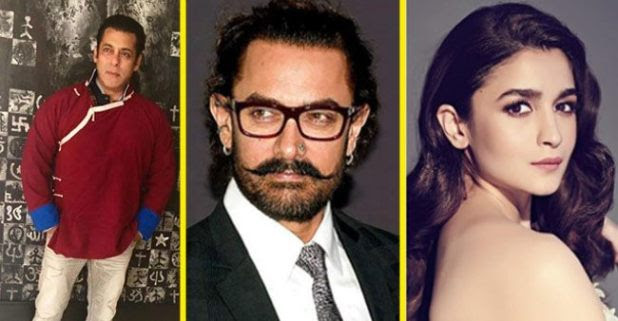 Many a time some of the great guys have proved that School Degrees are not the only thing which leads you to a Success. Same is true with our Film Industry. Bollywood has many stars who are rocking the industry and no one can believe that they haven’t even completed their degrees. Let’s take a look.

Mr. “Perfectionist” as we call our favorite Aamir Khan started his career at a young age of 16.  He debuted in a Paranoia a silent movie. He was appreciated for his acting ability. He dropped his studies for pursuing his career in acting. The achievement follows to them who pursue their enthusiasm and buckle down for it.

Another Khan in the list, Salman never went to his college St Xavier’s College even after his enrollment. He followed his pursuit to act. He had his ups and down in his initial career even after coming from film industry background but now he is a man of accomplishments.

Karishma was a craze in the 90s. She dropped out of school even when she was in 6th standard to seek after her profession in acting. However, she got formally debuted in Prem Qaidi at 16.

Deepika got herself into modeling while she was in her school. She enrolled herself in Bachelor of Arts in Sociology from IGNOU but couldn’t complete it due to her career. Her success is well known.

The Queen of Bollywood as we know her was ambitioned to get into the medical profession but destined to make a profession in modelling and acting. She moved to Delhi at 16. She dropped the idea to study further and strengthen herself in Bollywood without any filmy or influential background.

While schooling from Jamnabai Narsee School, Alia Bhatt joined Bollywood and started shooting for her debut movie Student of The Year. She quit school afterwards and continued her focus on her Bollywood career and she is doing good.

Arjun only studied till 12th grade and did his schooling from the Arya Vidya Mandir school in Mumbai. He pursued his acting career afterward.