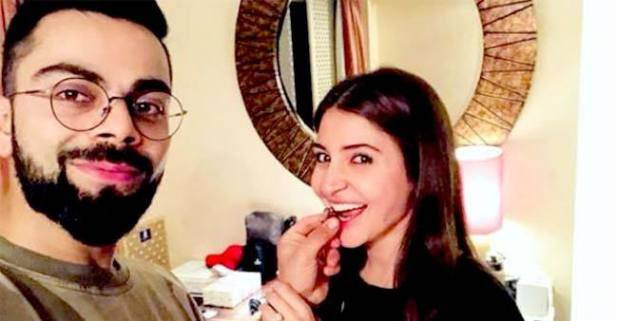 Bollywood actress Anushka Sharma after dating for four years married love of her life Indian team captain Virat Kohli in a private ceremony in Italy’s Tuscany. Their marriage came up as a surprise to their fans as there were only speculation of them getting married and no confirmation officially from each side. Post their marriage , the couple who is madly in love with each other is often spotted together spending quality time with each other. The PK actress accompanies her husband on his cricket tours as well.

The gorgeous actress is celebrating her 31st Birthday today and on her special day, Virat Kohli has great plans for her lady love. The couple is in Bangalore and they have planned a private dinner for themselves, according to a source.

“There is so much attention around them all the time, so they decided to make it extra private on this special day. They will spend the entire day with each other thankfully because Virat has no IPL match commitments on Anushka’s birthday. They have planned a very special private dinner just for themselves. The couple will be the only ones at the venue and an exclusive hand-curated dinner will be laid out just for them,” the source said.

“As soon as the IPL is over, Virat gets into his intense world cup practice sessions and Anushka too has several commitments lined up in Mumbai. So, this is the only quality time they could spend with each other before the World Cup ends.” The source further added.

Virat Kohli and Anushka Sharma completed one year of their marriage last year in December. On their respective social media accounts, they now and then posts photos with each other which depicts how much they are in love with each other.

On the work front, Anushka was last seen in film Zero acting opposite to Shahrukh Khan and Katrina Kaif. However, they movie didn’t do well at the box office. Anushka will be producing a untitled cop drama series for Amazon Video and a film Bulbul for Netflix.