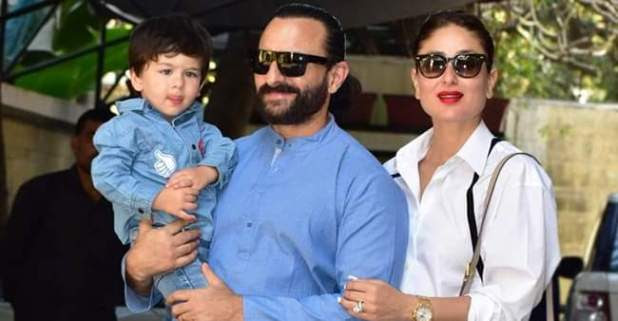 Saif Ali Khan and Kareena Kapoor’s son Taimur has been the favorite of people ever since his birth. The kid already has a huge following all over the country and people are excited to know more about him. We constantly see the pictures of him on vacation and with his parents making rounds on the internet. And, as we know, whenever there is a discussion with Saif or Kareena, they are asked about Taimur.

Recently, Saif attended the talk show hosted by Arbaaz Khan, where he talked about a lot of personal and professional things. He was also asked about Taimur and what he thinks about Taimur making his Bollywood debut. The actor discussed the topic and said that almost everyone he meets asks him about Taimur’s debut, but he is concerned about it.

He said that most of kids love acting, but it doesn’t mean they have to do it. There are several other choices which Taimur can opt for. The actor said that his son can become a doctor or a lawyer too. Though, he also cleared that many people may call him old-fashioned because of these thoughts. However, he has cleared that he isn’t interested in making his Bollywood debut, but at the same time, Saif said that he is unsure.

Well, the laugh at the end of the sequence confused a lot of people and it will be interesting to see if the father allows his little munchkin to appear in Bollywood films. All we can say right now is best of luck for Taimur’s future because it is sure to be bright.