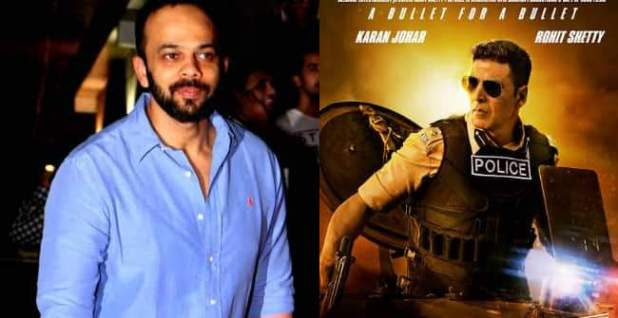 It looks like Rohit Shetty is making a cop-universe films similar to Marvel Cinematic Universe. The director has already released three super hit films featuring cops in main lead including Singham (2011), Singham Returns (2014) and Simmba (2018). Now, the director is on his next mission and is preparing for the next film in cop-universe featuring Akshay Kumar in the lead role. The actor will portray the role of Veer Sooryavanshi and it is expected to feature a lot of drama just like the previous three films. While talking about the film Rohit Shetty has cleared that Akshay’s film will be a lot different. He said, “Akshay’s Sooryavanshi is entirely different from Singham or Simmba. He doesn’t wear a uniform and is very stylised. [In sharp contrast], Simmba was a brat. Sooryavanshi’s department too is showcased differently. Also, while Singham fought corruption, Sooryavanshi deals with terrorism. So, the individual traits of these characters will give us enough [to play with as a whole unit].”

Few details about the film has already been shared. It will be set in the 90s, but the character was introduced during the post-credit scene of Ranveer Singh’s Simmba. It has also been made clear that Bajirao Singham and Veer Sooryavanshi, already know each other but not Sangram Bhalerao aka Simmba.

It has also been announced by Rohit Shetty, Karan Johar and Akshay Kumar that Katrina Kaif will play the lead female character. This is also a good sign for the future, where we can see a crossover films featuring all the three cops.