Rich Brats in Bollywood playing big Stars: From Ranveer Singh to Aronodaya Sign got under scanner 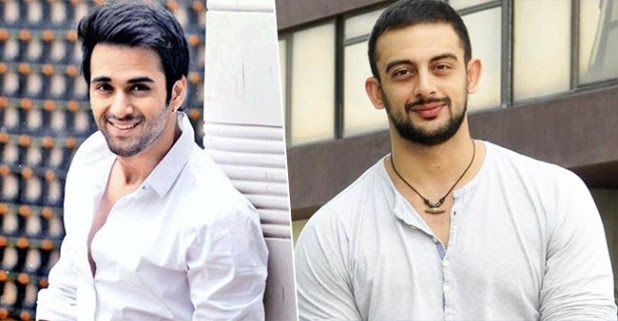 Bollywood is a place where talents come from various background, though entry gets easier for Rich Brat. However, it’s also that much true that the path nowadays is no easier if one does not perform. One or two films and one is sidelined by a better performer. We have examples like Shah Rukh Khan, Sushant Singh Rajput, Ayushmann Khurrana, Nawazuddin Siddiqui and likewise who are quite successful without hailing from any Rich family background. Whereas, there are popular stars and actors who had a place from some imperial and rich families are quite a success too in Bollywood fraternity; Ranveer Singh is one of them. Let’s see who all comes under our surveillance.

It is a proven and tested fact that Ranveer Singh has made his name in Bollywood because of his own capabilities and talents. His individuality and acting skills has led him to his success. Well, it’s quite a fact that Ranveer Singh’s dad Jagjit Singh Bhavnani is a Big Businessman. Apart from this, very few ones know that he is additionally a cousin of Sonam Kapoor. Ranveer’s paternal grandfather was a real brother to and Sonam Kapoor’s maternal grandmother.

Aayush Sharma came in limelight when he got married to Salman’s sister Arpita Khan and started getting his identity as Salman’s brother in Law. However, Aayush actually belongs to a well to do family. He is the son of Anil Sharma a Former Minister of Himachal Pradesh whereas his grandfather also remained as a Minister.

Arunoday Singh got his fame from the web series Apharan where his performance was quite appreciated. The youngster is less known about his family identity. He belongs to a royal family where his father is Congress pioneer Ajay Singh whereas his granddad was a former Chief Minister of Madhya Pradesh.

The innocent looking Bubble girl of “Maine Pyar Kiya” fame Bhagyashree who made her debut with Salman Khan has a royal family background. She is the daughter of Vijay Singhrao Madhavrao Patwardhan, the previous ruler of Sangli, Maharashtra.

The Fukrey Boy Pulkit Samrat is another Brother in law to Salman Khan who has now become ex Brother in law actually is the son to Sunil Samrat, a prominent Real Estate Businessman of Delhi.