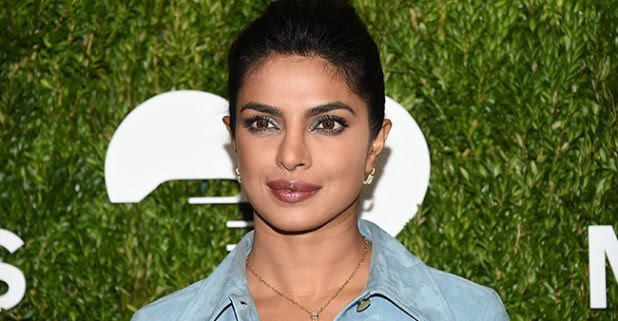 Priyanka Chopra, the popular actress in Bollywood film industry married her loving beau Nick Jonas last year in the month of December. They have turned out to become the best couple in Bollywood after their marriage. The couple gives us major couple goals to the remaining couple out there. The actress changed her name after marrying Nick Jonas. She had added Jonas after her name Priyanka Chopra on her official Instagram handle.

At Bumble’s launch party in New Delhi, India, the actress changed her name on Instagram. The actress made a confirmation that they would postpone their honeymoon in order to emphasize on their respective careers. As of now, Nick Jonas is currently focusing on his acting projects and music projects.

She has revealed the reason behind the change in her name on Instagram. She said, ‘I always wanted to add his name to mine because I feel like we’re becoming family, and I’m a little traditional and old-school like that,” she said. “But I don’t take away my identity: he gets added to who I am.’

We are currently living in a world wherein most of the women throw away their complete selves for their partner. Only then, they feel that their marriage relationship looks as a whole. As of now, the popular actress is working for her next projects. She is currently shooting for the films ‘The Sky is Pink’ scheduled to release this year. On the other hand, the actress is also busy shooting for the film ‘Cowboy Ninja Viking’ slated to release by the end of this year.

At the prestigious 72nd Cannes International Film Festival, Priyanka Chopra and Nick Jonas made their stunning appearance in exceptional outfits. In recent times, the actress made a revelation that she will produce a couple of Hindi films in the year 2020.