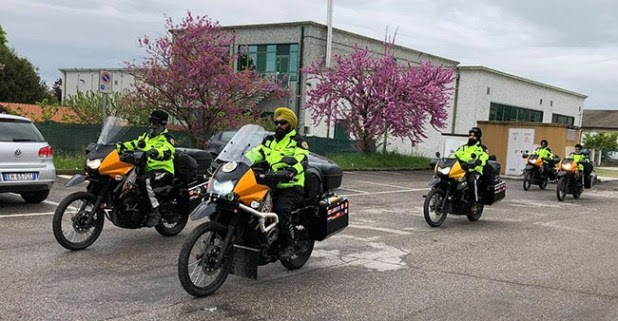 As per latest reports, six riders comprising Azad Singh Sidhu, Mandeep Singh Dhaliwal, Pravjit Singh Takhar, Jatinder Singh Chauhan, Sukhvir Singh Mlait and Jasmeet Pal Singh belonging to Sikh Motorcycle Club, British Columbia, Canada, reached the city of Chandigarh after completing 9,500 km bike ride on May 11 in the state of Punjab after covering up 22 nations in order to commemorate the 550th birthday of Shri Guru Nanak Dev Ji, the riders also got surrounded by some riders from the cities like Chandigarh and Ludhiana. 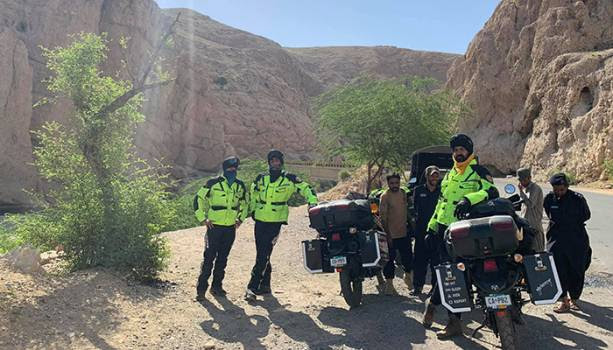 The Sikh Motorcycle Club riders gladly made a pose with other riders and shared their great experience with them. Thy call their special journey as a ‘life-changing experience.’

Mr. Azad Singh Sidhu stated, “Since it is the 550th year of birth anniversary of Guru Nanak Devi ji, we were planning such a ride since the last 18 months. We approached Ravi Singh, CEO of Khalsa Aid International who gave us the support to raise funds for them. And since April 3, it has been a life changing experience. We raised more than 80,000 Canadian dollars and more than Rs 6 lakh from Punjab. When we departed from Canada with our bikes to England via flight, we met an English lady, who asked us about the ride’s motive. We explained the reason and later she handed us 100 dollars as donation. That’s has been one of the biggest take way. To spread the message of Guru Nanak Dev ji. We crossed countries like Romania, Serbia, Bulgaria, Turkey, Iran and Pakistan and we met people who had never seen a Sikh in their life. They would ask us for selfies and also ask us about the turbans and beards and other things about Sikhism. We got love from every country we went and to end the ride in India is a special feeling.”

Honored to have hosted 6 Sikh Canadian motorcyclists who reached Ludhiana after crossing 22 countries travelling over 40 days & 9500 kms on bikes. These members of Sikh Motorcyle Club BC Canada are highlighting the 550th birth anniversary of Guru Nanak, the founder of Sikhism. pic.twitter.com/4IxfmXGt17

The Sikh Motorcycle Club, British Columbia got set up during the year 2003 by Harjinder Singh Thind. After a long lawful clash by Avtar Singh Dhillon that Sikh riders were given permission to ride motorcycles with turbans.

The Sikh Motorcycle Club, which has currently over 120 riders in British Columbia, got flagged off by Narinder Singh, president, Gurudwara Dukhniwarn Sahib, Surrey on April 3 prior to the group reached London and then Attari border, Amritsar on May 10. 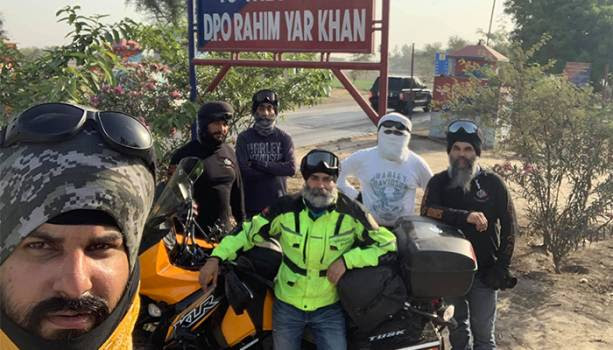 With temperatures ranging from -2 degrees to 48 degrees, the group confronted some big challenges in routes between Europe and Asia.

“We used to ride more than 400 km on an average but in Europe, we would cross three countries in day. Crossing through Liechtenstein, a country which has no unemployment, was something to be learnt from. In Turkey, we had planned the ride through northern part crossing cities like Sakarya, Amasya and snowfall happened for 60-80 percent our ride duration. After we crossed the Iran-Pakistan border through Taftan border post, temperatures ranged from 45-48 degrees. That was the challenging part. In Pakistan, we got lot of love from the people. Even though, the current situation between India and Pakistan is not good, people gave us respect. After reaching India, we were joined by riders from Punjab, Karnataka, Rajasthan before we went to pay our respects at Golden Temple. During our ride from Khadoor Sahib to Sultanpur Lodhi, we had expected 500 riders to join us but more than 2500 riders joined,” added Sidhu.