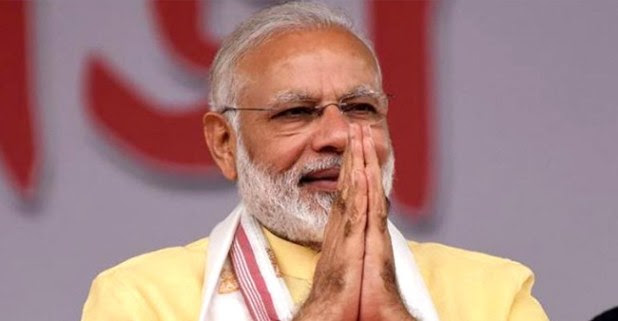 The NDA has finally won the Lok Sabha Elections with a mammoth clean sweep against UPA and especially Indian National Congress. The result of the election has been possible because of the faith people has shown in Narendra Modi. The Guardian wrote that the victory was the result of his strong image and it was not possible for opposition to defeat this BJP leader. Whereas, The Dawn of Pakistan wrote that Modi’s win was a stamp on his anti-pakistani policy.

The New York Times wrote, “For some months when Modi was struggling on the economic front, the results which the analysts had thought … would be more effective than this victory. Modi, who has become a brand of politics of Hindu nationalism, tried to present the strong image of India in the whole world, he totally influenced 91 crore voters in the country. Modi was considered better for business too. They simplified the tax system and banned corruption. India’s stock market in Asia is a potential place. However, due to trade war with the United States, shares of China had to suffer.”

Even BBC said that he was accused of dividing the nation, but people love him. The complete statement reads, “Modi’s historic victory in the Lok Sabha elections. As the trends unfold, India’s stock market boomed. Modi is charged with sharing of India, but the results show that many people have liked his polarizing image.”

I extend my warmest congratulations to PM @narendramodi and EAM @SushmaSwaraj on the resounding victory of BJP in the #IndianElections2019. I am confident that Maldives India relations will continue to flourish.

Pakistan’s Geo TV wrote, “Modi was under pressure in the state assembly elections due to anger at the defeat and inflation-unemployment in the state assembly elections, though the Pulwama After the attack, the campaign turned towards relations with India’s nuclear-powered neighboring Pakistan, which has benefited the BJP. Mpner took advantage of Star Power. Modi’s electoral machinery was also more effective at the grassroots level.”

Whereas the Dawn wrote, “Modi is looking forward to 2-0. This means that the BJP’s policy towards Pakistan will not change and tension will not be reduced in both the countries. The question is whether Modi will give the peace proposal to Imran Khan?”

What do you think of Narendra Modi’s victory in the Lok Sabha Elections?