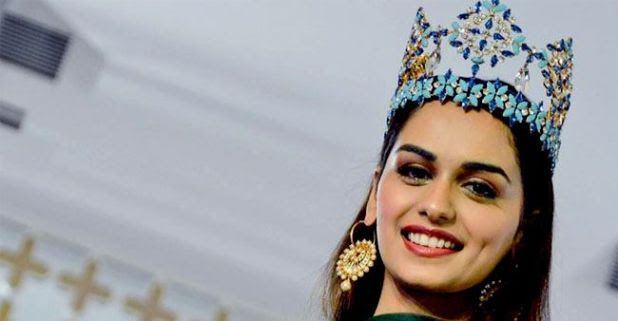 Manushi Chillar always dreamed to be Miss World even when she was in school.

A moment ago, an adorable pic of the star in the making surfaced on the web and the image proves that the girl is already a super star.

Manushi’s fan account, that boasts of the name of Queen Manushi Chillar shared a picture, which carries the special caption, “Manushi, the best part of the life for any person is their childhood .#manushichhillar #childhood #memories #princess #cute #adorable.”

If the image proves anything it is that the sultry to-be-actor’s picture poses have always been on point. Even during childhood.

She still looks innocent and cute in a yellow and red saree. She is looking like a dream girl. The girl also carries a sash around herself.

The beauty is presently getting ready for her highly anticipated Bollywood debut and the buffs are really eager to witness her on the silver screen.

As per reports, Manushi will be seen in Prithviraj Chauhan biopic along with super star Akshay Kumar.

The flick will go on floors during the later half of 2019. The movie will get produced under the banner of Yash Raj Films.

A source stated, “Manushi will be making her big Bollywood debut opposite none other than Akshay Kumar. She has been signed on for the Prithviraj Chauhan biopic that is expected to go on floors sometime towards the later half of this year. Chandraprakash Dwivedi is directing the historical drama and YRF is producing it.”

The source added, “Manushi has shown a lot of promise from the time she became a national craze. She is not only pretty but a great performer, too. She will be essaying Sanyukta’s role and will be romantically paired opposite Akshay. Aditya Chopra feels she has a good screen presence and has also got her on board as one of the talents under his banner.”

Earlier, reports came out that she will make Bollywood foray with Farah Khan.