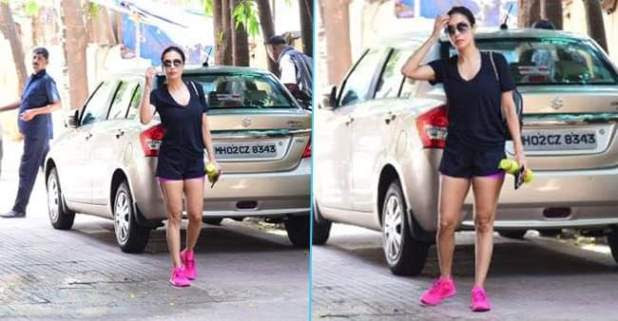 We all know that Malaika never misses a single day of gym. She is very precise about her fitness and works a lot on it. And, another interesting thing about the actress is that looks gorgeous no matter what she’s doing or where you spot her.

If you follow Malaika, then you must know that the actress constantly posts her pictures and videos from gym and Pilates classes. She recently even performed brick yoga, which I am not aware of. Malaika is indeed a true inspiration for the people who trying to get in good shape. Sometimes, the actress is accompanied by her sister, Amrita whereas, sometimes, it is Kareena Kapoor.

Other than the fitness videos and flaunting her gorgeous looks, Malaika has been in the news for a long time because of her relationship with actor Arjun Kapoor. The rumors have been going around that the pair can get married soon. Though, Arjun has stopped all of them by saying that he is not in a hurry to get married. Still, Malaika went on to say that she likes Arjun on Karan Johar’s chat show, Koffee With Karan. We hope that we get a confirmed news about the pair soon.