list of popular leaders defeated in loksabha election, check out what they are doing now 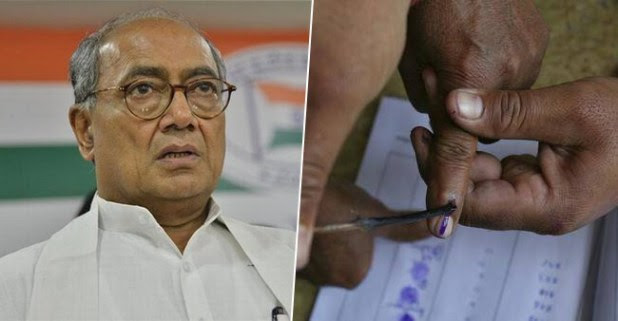 As the Lok Sabha elections 2019 are concluded and National Democratic alliance (NDA)  has won the elections , PM Narendra Modi is all set to go again for the next 5 years. This time, some of the candidates who were expected to win could not win because they did not get enough votes from their respective constituencies.

Congratulations to @GautamGambhir! People of East Delhi have reposed their trust in you. I will always be available for help and collaboration for the betterment of East Delhi. All the best! (1/4)

The AAP politician Atishi Marlena, is defeated   by the BJP candidate and indian cricketer Gautam Gambhir. She not only congratulated her counterpart Gautam Gambhir, but she also back to what does best-helping people to improve things around them.

Gratitude..is all I have for all of you who stood by me and who voted for me. In my defeat also I stand a winner because of all of you. And I promise to stand by you and never let you down

The Bollywood actress Urmila Matondkar fought  very well and dealt with everything thrown at her amidst the election drama, but could not win. After she lost the election, she said loosing is fine for her and she expressed it as well over tweeter.

He is one of the close people to the Congress president Rahul  Gandhi and obviously belongs to the same party. He was an MP in last Lok Sabha but lost this time. As he is one of the seasoned politicians who lost, now it will to be seen how he comes back.

Kanhaiya Kumar was accused of crying anti-national slogans while being the president of  JNU student’s union. He contested from Begusarai , his hometown. He was supported by the well known academics, film stars and other celebrities during his campaign. He was expected to do very well in elections but could not really do and ended up loosing it. Though , he has learnt his part during the elections and is ready to keep raising voice for what he thinks is right.

a SOLID SLAP on my face ..as More ABUSE..TROLL..and HUMILIATION come my way..I WILL STAND MY GROUND ..My RESOLVE to FIGHT for SECULAR INDIA will continue..A TOUGH JOURNEY AHEAD HAS JUST BEGUN ..THANK YOU EVERYONE WHO WERE WITH ME IN THIS JOURNEY. …. JAI HIND

Prakash Raj, well known by the name Jaikant Shikre , from the movie Singham lost elections  as an independent candidate from Bangalore Central constituency. He is not chuffed with Modi’s win and he openly stated that it was a tight slap on his face but  his struggle for a secular country will continue.

Friends I lost the election by about 11000 votes in Puri ..but I take this opportunity to thank my master Lord Jagannath who gave me an opportunity to contest elections from His holy abode
I thank the karyakartas of BJP Puri & above all the people of Puri for their immense love

0Sambit Patra is one of the biggest politicians who is seen on social media and his loss in 2019 Lok Sabha elections is a big surprise to his supporters. He is the only one big BJP face who lost the election but also put brave face and thanked Lord Jagannath as he contested from Puri.

He contested the Lok Sabha election from Bhopal constituency and  is defeated by his rival Sadhvi Pragya, who is one of the known leader of BJP. Digvijaya Singh is currently a General Secretary of the Indian National Congress party’s All India Congress Committee. Previously, he had served as the 14th Chief Minister of Madhya Pradesh  for two terms from 1993 to 2003.