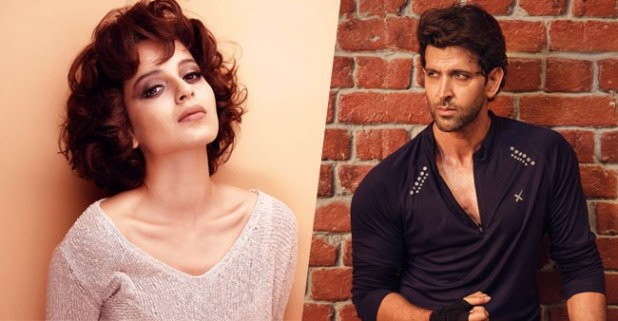 Kangana Ranaut reacted to the statement and wrote, ‘Hrithik Roshan, Madhu Mentena and Ekta Kapoor had collectively decided that Hrithik would push Super 30’s release date and Ekta will bring her film Mental Hai Kya on 26th July, they had taken this call last week itself. I don’t know why he wrote this sob story but I am glad Mental Hai Kya is getting a solo release. I salute my producer Ekta Kapoor for making her way in this male-dominated industry; it’s not easy to do what she does… I applaud her courage and power.’

After that, Hrithik Roshan responded to her statements and wrote a big post on his official Twitter handle. Both the movie makers have decided to release their film on the same date. Despite releasing the film on the same date, Ekta Kapoor doesn’t have any problem in that.

Prakash Kovelamudi, the National Award-winning Telugu film director made his Bollywood debut with this film ‘Mental Hai Kya’. He made films such as Bommalata and Anaganaga O Dheerudu in Tollywood film industry. Kanika Dhillon is the writer of this film while it is bankrolled under the banner of Balaji Motion Pictures.

In this film, Kangana Ranaut and Rajkummar Rao play the lead roles. The duo already shared their screen space together in the film ‘Queen’. The film Mental Hai Kya is scheduled to release on 26th July 2019. On the other hand, Hrithik Roshan is currently working on his next project ‘Super 30’ wherein he plays the role as a Mathematician Anand Kumar. In order to evade the clash between the two films, Hrithik requested the producers of Super 30 film to change the release date of the movie to August.