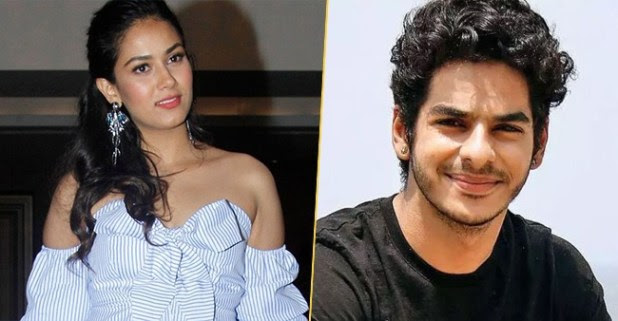 Actor Ishaan Khatter is often seen pouring praise on his brother Shahid Kapoor and this time, he revealed a lot about Shahid’s wife, Mira Rajput during a chat show. Ishaan said that Mira is a hands-on mother during his appearance in an episode of Feet Up with the Stars Season 2. While talking about his relationship with Mira, he said, “Mira is just one year older than me and she is a hands-on mother. She has taken over family responsibilities perfectly.”

We all know that Shahid Kapoor and Mira Rajput tied the knot on July 6, 2015. The marriage was arranged one and after that, they have become one of the most loved and talked about couples in Bollywood. The couple have two children together – a daughter, Misha and a son, Zain. They have been giving relationship goals to all the people and fans all across the world. There chemistry can be seen in the pictures and when they are out on dates.

Coming back to Ishaan, the actor also had a chat about how he became a close friend of his Dhadak co-star Janhvi Kapoor. He said, “The first movie we watched was La La Land and then we became friends soon after.”

He even talked about an awkward fan moment during the conversation. He was asked about awkward fan encounters at strangest places by host Anaita Shroff. Ishaan said, “It was in the bathroom while he was relieving himself.” We all know that some fans can get way too crazy to meet their favorite stars.