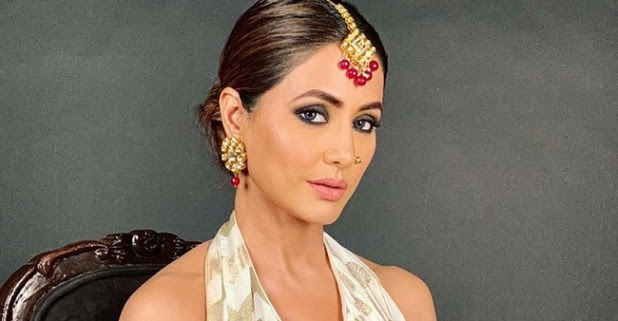 Hina Khan is one of the popular actress of the Television industry. She has become a household name with her brilliant acting skills. Nowadays, she is playing a role of Komolika in Ekta Kapoor’s sitcom Kasautii Zindagii Kay where she is really justifying the character with her acting skills.

Apart from that she gives great fashion appearance & whenever she steps out in different outfits she make her fans go gaga over her look. Well, the gorgeous actress from TV town is going to make her debut at the Cannes 2019 red carpet soon. The hottest Fashionista is obviously very excited as she will be walking the red carpet with the other stars at the international film festival.

However, as per the source to pinkvilla the actress is yet to finalize her dress which is going to wear at her red carpet debut. She wants everything to go perfect.

“Hina has been prepping for the red carpet and is on the hunt for the perfect outfit to wear at her Cannes debut. Having followed Cannes for years, Hina is wanting to make sure that everything is perfect to the T as it’s a proud moment for her to be representing India on international grounds. The outfit is yet not decided as Hina is contemplating whether she wants to wear an Indian designer or one from the international markets.” A source told to the portal.

As she experiments with her looks and even slays in everything , we all expect that with her red carpet debut outfit she is going to give major fashion goals. Actress Sonam Kapoor, Aishwarya Rai Bachchan are some celebrities who make an appearance at the film festival every year.

In her personal life she is dating Rocky Jaiswal and the couple seems to be madly in love with each other. The proof of which we can see at Instagram account of Hina as she posts adorable photos, videos & stories with her beau Roçky. As they share such a good chemistry with each other, her fans are waiting for their big step.