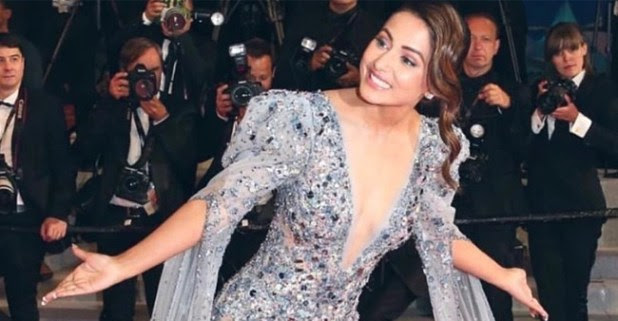 We all know that Hina Khan made her debut recently at the Cannes Film Festival. The actress got love from people across the world for pulling off a stunning red carpet look. However, she was criticized by a magazine editor who made a negative comment on her appearance at Cannes. He said, “Cannes is turning into Chandivali Studios.” Hina has finally revealed about her feelings on the comment.

In a conversation with film critic, Anupama Chopra, the actress said, “Coming from somebody sitting at such a huge position, it was disheartening. I did feel bad, I won’t deny. I did feel that it was not necessary. I felt bad not just for myself that I have put in a lot of effort but for the person as well that it’s not required. You are what you are. You don’t need it.”

Many television actors came out to support Hina including Sumona Chakravarti, Arjun Bijlani and producer Ekta Kapoor. Even Salman Khan showed his support towards Hina at an event. He said, “This is very responsible of the editor to make a comment like that, so thoughtful. I don’t understand what did he want to say? Cannes is Chandivali or Chandivali is going to Cannes.”

The actress made her debut on red carpet at the premiere of Brazilian film Bacurau. She was wearing grey embellished Ziad Nakad gown. She also unveiled the poster of her upcoming movie, Lines at the festival. Hina was even invited at a party hosted by Priyanka Chopra and Nick Jonas. She thanked the actress on Instagram and wrote, “An unexpected invitation by a world star.. personally, after I gained consciousness and prepared myself to finally make it, I was still an outsider but only until you arrived. You didn’t need to, but still never left my hand for a second, introduced me to the people I probably wouldn’t have met and I felt as if all the achievements of my little career happening in fast forward as you present me as a star to each one of them.” Priyanka also thanked Hina for her words.