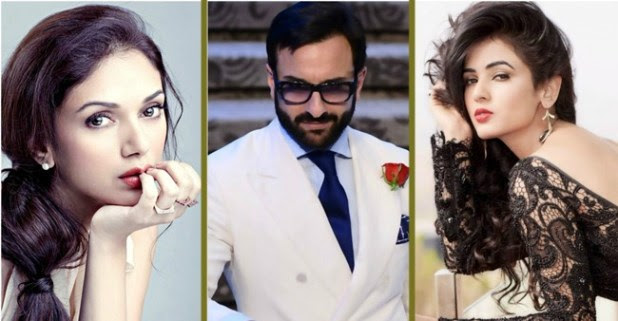 In India, many times Bollywood celebs are treated like royalty by their fans but in some cases, it is not even an exaggeration. There are a few Bollywood stars who have the blue blood in them and are a part of royal families or they are the descendants of the imperial families. The charm of Bollywood is so amazing that it manages to lure people from the nobility as well.

Below, we have compiled a list of some of Bollywood’s very own royalties, and where their roots hail from:

Saif Ali Khan’s father, late Mansoor Ali Khan Pataudi was the last Nawab of Pataudi. Although the title got abolished by the government of India in 1971, even today Saif is called the Nawab, from a true royal bloodline. And thus, Saif’s daughter Sara also becomes a part of the royal heritage.

The Jannat actress might be MIA in Bollywood right now, but not many know that she belongs to the conservative and traditional royal Rajput family. Her parents are from Mainpuri, Uttar Pradesh and she belongs to a royal Chauhan family.

Ria and Raima Sen, Ria and Riama are the daughters of actress Moon Moon Sen. Both the sisters began their acting career with Bengali movies. First, Riya made her appearance in the B-wood. Riama came later. pic.twitter.com/CFINVQ9M40

The Sen sisters were born into the royal family of Tripura. It was their paternal grandmother Ila Devi who was the princess of Cooch Behar. Ila was also the sister of Gayatri Devi, the Maharani of Jaipur. Thus the two beautiful ladies hail from royal bloodline from their father’s side.

She hails from the royal family of Sangli, Maharashtra, is the daughter of Vijay Singhrao Madhavrao Patwardhan, the Raja of Sangli. Better known for her role in Maine Pyaar Kiya, Bhagyashree eventually decided to settle down and bid Bollywood adieu, her royal heritage continues to be a big part of who she is.

Bollywood director Kiran Rao belongs to the royal family of J. Rameshwar Rao. Her grandfather was the Raja of Wanaparthy, Mahabubnagar district, Telangana. She is even related to Aditi Rao Hydari, who also hails from a royal family and the two are first cousins.

As mentioned above, Aditi too hails from royal bloodline but not many know that the gorgeous actress belongs from not one but two royal families, she is the great-granddaughter of Akbar Hydari and the grandniece of Muhammad Saleh Akbar Hydari, former Governor of Assam.