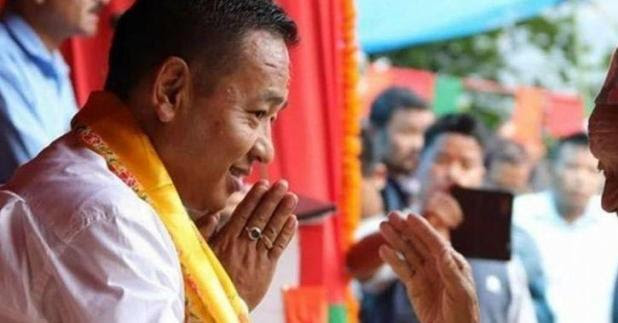 President of Sikkim Krantikaari Morcha Party, Prem Singh Tamang, is the newly appointed Cheif Minister of the Himalayan state. Mr. Tamang’s party came into rule after defeating Mr.Pawan Chamling (Sikkim Democratic Front) who was the Cheif Minister of State for past 25 years.  The new CM, Golay’s party Sikkim Krantikari Morcha (SKM) won 11 seats out of 32 in the assembly elections 2019. Soon after taking oath, Mr. Golay declared a five day working week for the government employees of the state which is still uncommon in India.
On asked about the matter he said, “We have fulfilled one of our election promises to reduce the working week for government employees from six days earlier to five days.”

The government employees will get an additional day as holiday which they will use to take care of their health and that of their parents and family members, he said.

Thank u so much PM @narendramodi ji. https://t.co/Znedf5FlDz

Golay had accused former CM Pawan Chambling of “misusing public money” and he announced that his MLAs including himself will use Scorpio vehicles instead of the Fortuner SUVs which were used by the former assembly members. He allegedly said that “For the time being we have no option but to use Fortuner SUVs, but we will use Scorpio vehicles once they are made available to us.”

“The employees will get time with their families and can spent one extra day on their health care, Golay said.”