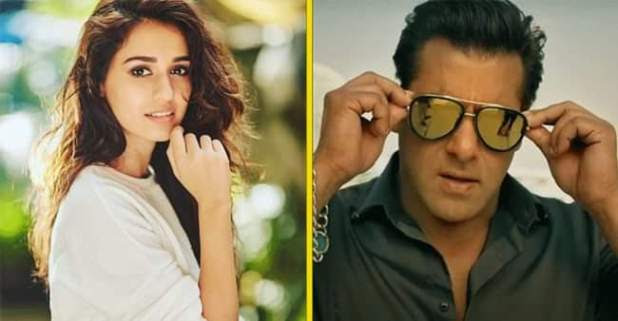 Disha Patani, who will be next seen in the Salman Khan starrer Bharat, recently opened up about her co-star and revealed why she feels she might not get to work with the superstar again.

With Neeraj Pandey’s M.S. Dhoni: The Untold Story, Disha Patani made her Bollywood debut in 2016 and since then, she has won millions of hearts with her spectacular performances and breathtaking looks. The diva is now gearing up for the release of her next film, Bharat which stars Salman Khan in the lead role. While the audience is going gaga over Disha and Salman’s on-screen chemistry ever since their song Slow Motion dropped online, the actress feels that she might not get to work with the superstar again.

In an interview with an famous magazine, the 26-year-old actress said, “Ali sir (director Ali Abbas Zafar) called me with a role which is more of a special appearance. I heard him out and since the character is that of a trapeze artiste alongside Salman sir, I came on board. Honestly, I don’t know if I will ever get to work with Salman sir again. Even Ali sir told me this while narrating the script.”

When asked the reason behind it, she said, “Obviously because of the age difference between us. In Bharat, it is acceptable because that portion shows Salman sir in his 20s and 30s so, it was an immediate “yes”. He is a wonderful human being and very hard-working. I got to learn a lot from him. That aside, Bharat is special because I had never done a film set in a different era.”

Disha also opened up about her song Slow Motion and said that she is glad that people are liking her and Salman together. “The chemistry between us is great, I never expected something like this. I got lucky with the song and want to thank the choreographer and Ali sir for the way it’s been shot,” she added.

Apart from Salman and Disha, Bharat which has been directed by Ali Abbas Zafar stars Katrina Kaif, Tabu, Nora Fatehi and Sunil Grover in lead roles. The movie is based on the South Korean drama Ode To My Father and has been co-produced by Salman’s brother-in-law Atul Agnihotri under the banner Reel Life Productions.

The film will trace the history of India from the perspective of an ordinary man, so it shows the journey of the film’s protagonist, Bharat, from the age of 18 to 70. It will hit the screens on Eid i.e. June 5.