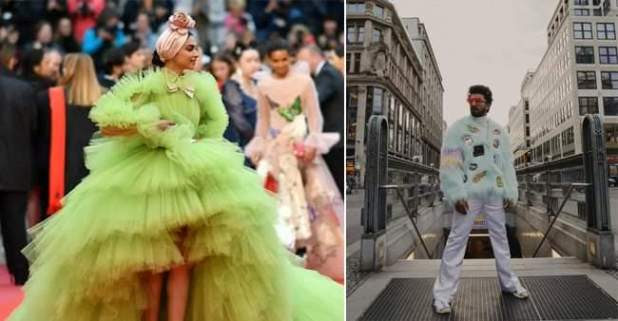 Deepika Padukone is finally back from the Cannes Film Festival 2019 after attending it for two days. The star slayed the red carpet with her looks and fans loved every single moment of it. Her unconventional and never-before-seen looks took the fans and media by surprise. People including celebrities were not able to contain themselves after seeing her gorgeous appearances.

We all know that Ranveer Singh has a different taste in fashion just like Deepika Padukone. His fashion is not limited to the trends going on in the industry as he adds his own flare to his looks. We know that he grabs all the attention whenever he makes an appearance at different award shows and events. So, it made the fans and media wonder why he didn’t accompany her wife to Cannes.

When Deepika was asked why she doesn’t bring Ranveer at Cannes 2019, she had a witty reply already in her mind. The actress said that he is fit to appear at Met Gala rather than Cannes because she would top him easily. The actress also said that you come at Cannes with a film or to attend the red carpet event.

Deepika returned to India after spending two days at the event. She will be resuming the shoot of her upcoming film, Chhapaak. She has cleared that she is ready to jump into the character. Deepika will be playing the role of an acid attack survivor in the film, and it is based on the life of Laxmi Agarwal.