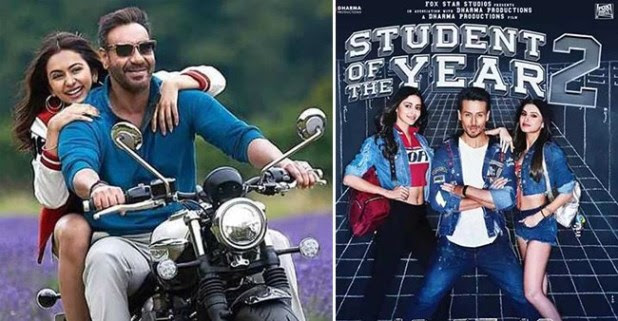 Tabu and Ajay Devgn starrer movie De De Pyaar De remained on top and performed well at the box office, in spite of the continuing election fever. The movie remained hit over the weekend owing to Lok Sabha polling however gathered some lost ground during the weekdays to close a strong week.

On Thursday, the Akiv Ali directorial venture made Rs 4.48 crore, taking its total collection to Rs 61.05 crore. The film, which also has Tabu and Rakul Preet Singh, has two more weeks to add to its collections prior to Sallu starrer Bharat reaches the movie halls.

In another tweet, Adarsh stated that the second week will be vital for the movie as Narendra Modi’s biographical movie and India’s Most Wanted are getting released and can gobble up De De Pyaar De’s profit.

“#DeDePyaarDe has a healthy Week 1… Had a decent *extended* weekend, but covered lost ground with a strong run on weekdays… Weekend 2 is extremely crucial, since multiple new films will eat into the market share. #DDPD,” Taran Adarsh tweeted.

Tiger Shroff, Tara Sutaria and Ananya Panday movie Student of The Year 2 reached the theaters 2 weeks back. It was one of the highly anticipated flicks of 2019. The film was the second part of KJo’s directorial venture Student of The Year (2012) that had Alia Bhatt, Varun Dhawan and Sidharth Malhotra.

In contrast, SOTY 2 marked the foray of Tara Sutaria and Ananya Panday in Bolywood. The second part of Student of The Year got directed by Punit Malhotra and produced under the banner of Karan Johar.

Student of The Year 2 got mixed reviews from the reviewers in addition to the viewers.